The 30 second spot touts Mr. Liu’s own rise through the public school system, and features a brief voice over of the candidate calling for a less industrial approach to education.

“School is not an assembly line, with kids being produced as widgets. Schools are places of learning and we do need to restore that kind of environment,” Mr. Liu is heard saying.

The group behind the commercial, People for Quality Education, said the ad is part of a $20,000 independent effort to get Mr. Liu elected. The PAC vowed similar promotions for other candidates would soon be on their way.

People for Quality Education is an offshoot of the pro-union Alliance for Quality Education–where Ms. Ansari has long served as advocacy director–an outspoken and aggressive critic of charter schools and their proponents. The group ripped former CNN anchor and charter school supporter Campbell Brown for having been a registered Republican earlier this month, and protested outside a meeting Gov. Andrew Cuomo held with business leaders in January. (Ms. Brown said she is now a registered independent.)

Mr. Avella, an eastern Queens lawmaker, historically opposed charter schools, once going so far as to propose legislation blocking the Bloomberg administration policy of co-locating them inside of public school buildings. He left the main Democratic delegation and joined the splinter Independent Democratic Conference in February, and voted in favor of this year’s state budget, which created extensive new protections for charters–despite an Alliance for Quality Education effort to persuade him against it.

“As the only candidate in this race who actually delivered on Mayor Bill de Blasio’s vision for universal Pre-K, Senator Tony Avella has a proven track record of fighting for our public schools. Under his leadership, we made record investments in our city classrooms, fought against wrongheaded co-locations, while heeding the calls to fix Common Core,” said spokesman Jason Elan. “And when Senator Avella returns to Albany next January, residents can count on him to do even more.”

The New York State United Teachers union–historically one of the Alliance’s biggest financial backers—declined to endorse either Mr. Liu or Mr. Avella in the race. 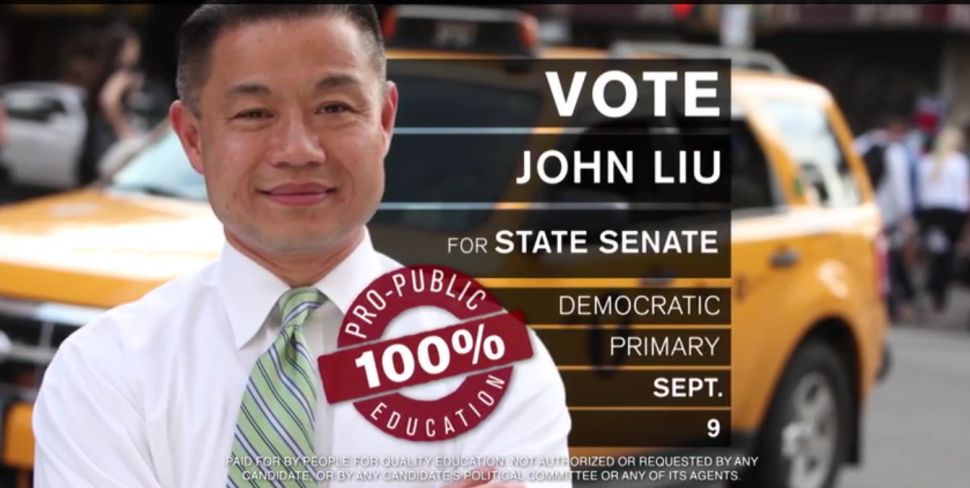