We all want pizza all the time, but five clicks on Seamless is way too hard when you’re literally starving.

A new and revolutionary ordering app called Push for Pizza will eradicate this age-old problem by allowing users to order pizza at the push of a single button, according to the Daily Dot.

As you drool over the thought of hot cheese arriving at your door with such minimal effort, questions regarding the important specifics like sizes and toppings probably have you panicking. Do note that the app only requires the push of one button, but there are two choices, and they’re sticking with the classics — plain and pepperoni. Sorry, but you’ll have to put in a little more work on some other app if its an extra-large chicken bacon ranch pie you’re craving.

After your single push, the rest is taken care of automatically. As long as your credit card and delivery info are already saved into the app, the bill and tip are paid and a receipt is emailed to you. Whether or not the pizza is delivered directly to your couch remains unclear, however.

The app, which launches tomorrow, was created by two 19-year-old entrepreneurs who we presume thought up the app when they were 1) facing an extraordinary case of laziness 2) stoned and/or 3) literally starving. It seems safe to rule out number one since they find the energy to make an app, so stoned and starving it is.

The hungry teenagers even paired their idea with a not-so-terrible video to which you and your pizza ordering woes can surely relate. 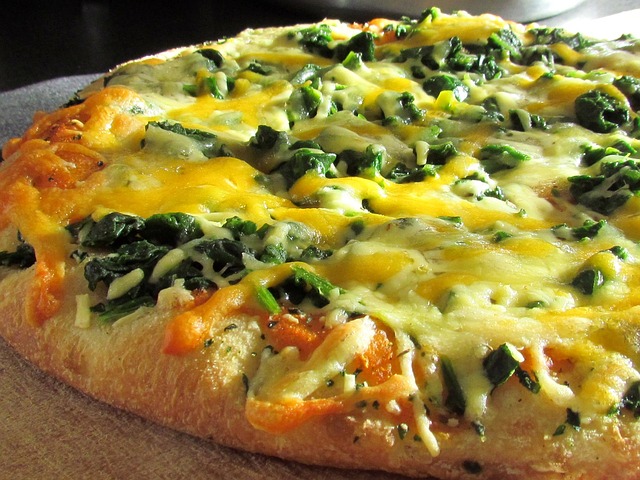