Yeah, we don’t really know what that means, either.

So let’s figure this out: Bitcoins are apparently an open source software that enables peer-to-peer transfer of monetary value–in other words, a distributed digital currency not run by any organization or group but rather a network of users. It’s a way to send money directly without a middle man… basically like a torrent for money.

Earlier this summer FLAT 128 owner Elizabeth DuBois started accepting Bitcoin as currency in her shop and now, with the new machine, she’s started offering a 10% discount to all purchases made in Bitcoin. Just install a Bitcoin wallet onto your cell and it will generate a unique address where you or other people can send payments. “FLAT 128 is a forward-thinking shop and we love engaging with new adopters of Bitcoin,” said Bitcoin operator PYC’s co-founder Emilio Pagan-Yourno in a press release.

Bitcoin Teller Machines, or BTMs, have grown in popularity partly because of the rising valuation of the bitcoin unit. “Two years ago one bitcoin was worth $10, one year ago one bitcoin was worth $100 and today one bitcoin is worth $500. VCs have started investing in Bitcoin startups similarly to the way they invested in early adopting internet startups twenty years ago,” said Zach Harvey, Co-founder of Lamassu, Inc., manufacturer of Bitcoin. Mr. Harvey also pointed out, however, that the value is quite volatile, dropping from $1,000 in December. “The main reason for its popularity is its potential in disrupting traditional financial institutions and current payment methods,” he clarified.

“The technology behind Bitcoin uses a lot of advanced cryptography and the process of releasing new coins is called mining. It’s complex as a technology, but quite easy to use with the right tools,” Mr. Harvey told the Observer. “Our machine is the tool that makes [it] super easy to obtain bitcoins using cash.”

All of this sounds wonderfully futuristic but we have a niggling feeling that this open sourced economic model will somehow lead to the Skynet robotic uprising (society is already doomed anyway considering you can now bid on selfies with bitcoin). In the meantime, go buy some 10% discounted British luxury goods for the bomb shelter. 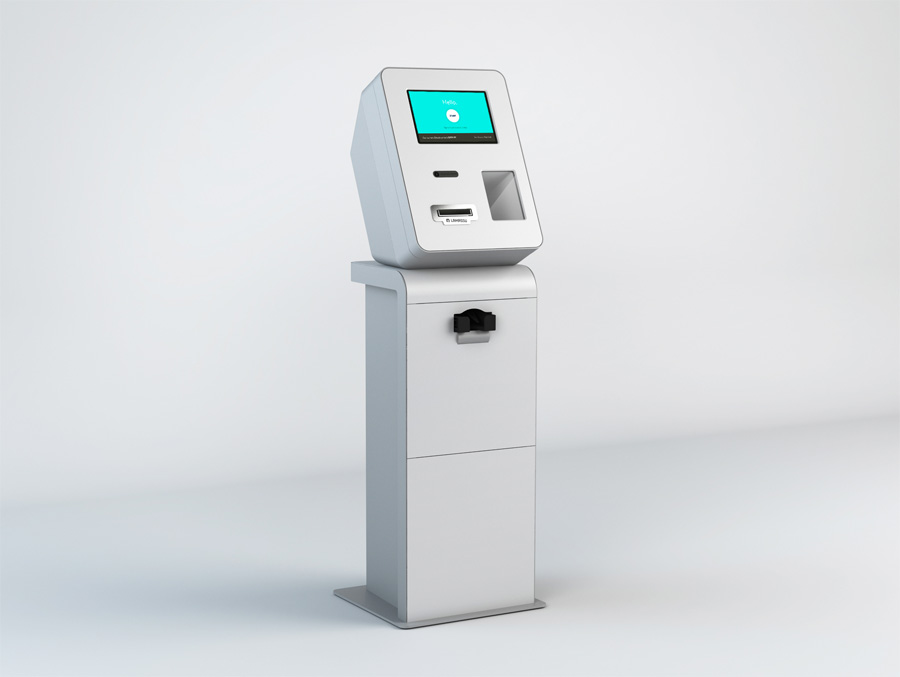