Microsoft has found a way to get rid of all those dust-collecting Surface tablets: give them to the NFL. For the first time ever, the NFL is ditching those low-tech play binders for Microsoft tablets because it’s 2014, y’all!

Although they are Surface-branded tablets, they aren’t like the ones you find at Best Buy. The tablets come preloaded with Sideline Viewing System, which means they work on a “closed network” so the opposing teams can’t hack into them, deliver instant photos of game action, and connect to the coaches’ booths.

Coaches and players won’t be able to surf the Internet, take selfies, or use whatever apps that are in the Microsoft store as functions will be disabled. The gadgets come encased in a weather-proof shell and are stored in climate-controlled cases.

But when you’re shoving a new piece of technology on to league full of dads, there’s going to be some hiccups. The Wall Street Journal writes:

“‘I was told mine was going to work, and mine didn’t work,” Buffalo Bills coach Doug Marrone said after his team fell 17-13 to the New York Giants, the Associated Press reported. Once the tech got fixed by the second half, Marrone “liked it a lot.'” 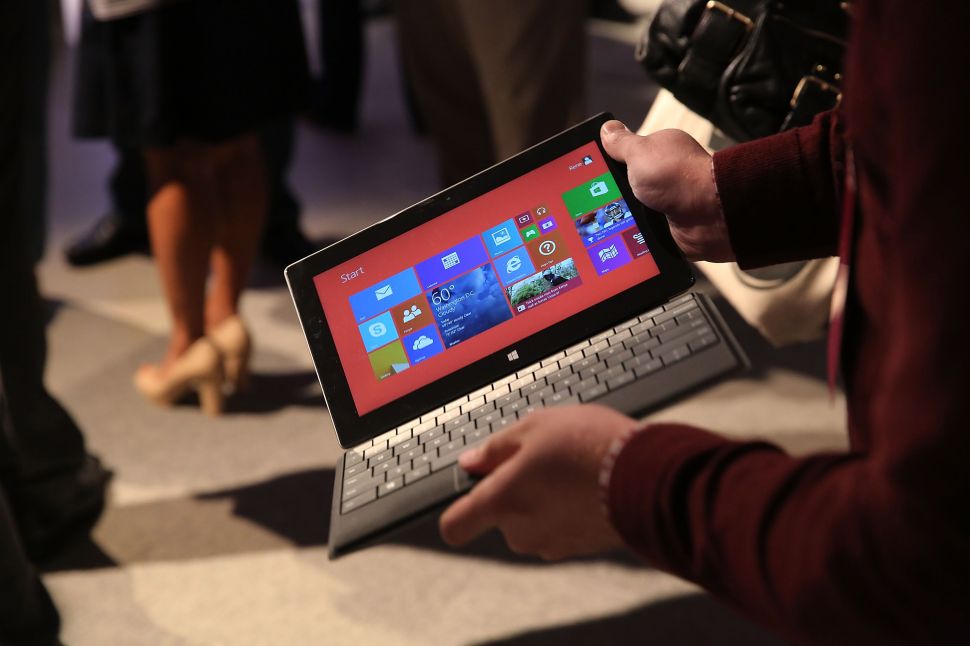