My homie George Ruan is a serial entrepreneur with experience in China. Both of us are passionate about Bitcoin. China is my favorite country, and – especially with the advent of Bitcoin – the Chinese Internet intrigues me. Chinese people do everything better than us, so I am pretty sure someday the Chinese Internet will be much better than our crappy Internet. The Chinese version of Genius is going to be way better, for sure, since the entire website is a Confucian concept…

George was kind enough to sit me down and school me to the memes. He is currently the CEO of Honey, dope startup in Pasadena.

Can you give us an account of your personal experience as an Internet entrepreneur in China?

In early 2010 I co-founded a voice microblog startup in China called Quub (pronounced cube – the Chinese name was “酷簿”). The concept was an app that lets people broadcast 10 second voice recordings to their social network. It caught the attention of mobile carriers and some top Internet companies in China. I was flown around the country to meet top level executives of companies that each have hundreds of millions of customers. After the signed Letter of Intent from a huge mobile carrier and copious amount of Chinese rice wine, I thought the deal was in the bag.  Eight months later, the carrier launched an exact clone without me. I thought about taking legal action but it would have been hilariously disastrous to try to sue a state-owned company in a court run by the state.

China is a country where relationships and political backing trumps all else. It’s a very hostile environment for foreign startups. Even giant corporations get PWNED if they don’t play the game right.

What do you think of the Chinese stance on bitcoin?*

For the average Chinese consumer, the utility of bitcoin as a currency is marginal. Even though there is a sizable underbanked population, the fact that the central government owns both the banks and the mobile carriers means a single state-owned national mobile payment system will likely have monopoly of the market. But bitcoin as a store of value is an absolute killer app in a country with a history of government seizure of private property.

The government’s stance on bitcoin is quite clear. The crack down on bitcoin happened much sooner and much harder than anyone had anticipated because it’s a technology that bypasses all the safeguards that are put in place to prevent capital flight. The government wants to keep the wealth within the country to prop up the real-estate market, stock market, consumption, etc. Bitcoin definitely poses a threat.

(Ed Note: check out my piece on Bitcoin)

Do you think bitcoin still has a future in China?

Bitcoin’s future success in China is a sure thing. As long as at least one country outside of China is friendly to bitcoin, all the characteristics that makes it the ideal vehicle for wealth transfer will hold. China’s dark economy is enormous and it will find the most efficient channel to leak abroad. Over time it will be apparent to the Chinese government that “regulate and monitor” is a better course of action than pushing the transactions to cash that is completely untraceable. It’s much better to know where the leak is if the boat is sinking.

When the government inevitably softens its stance, innovation on the application layer of the bitcoin protocol will happen at breakneck speed. Chinese entrepreneurs have a history of building cool stuff on peer-to-peer technology. For example, when innovation on peer-to-peer video technology was stymied in the US by media companies, it flourished in China (Xunlei, PPTV, P2PTV). It’s likely that the first implementation of leveraging the blockchain for real-estate deeds will happen in China. The current property transaction recording system used in China is very archaic and leaves a lot of room for corruption and fraud. If the bitcoin blockchain holds the promise to increase tax revenue for the Chinese government, you can be sure it will be embraced.

What is is like to be an Internet entrepreneur in China?

I launched a web company in China in 2010 based on a simple observation:

However, there’s a huge caveat. The Internet was created to facilitate the exchange of information. But the modus operandi of the Chinese government since its inception is to control information. Private internet companies are caught in the middle and it requires a lot of political judo to walk the line perfectly. I couldn’t walk that line, so I gave up and came back to the US.

What do you think about China’s “copying” culture?

In Chinese culture, imitation is not as stigmatized as it is in the US.  The speed at which the Chinese can replicate technology and make incremental improvements is incredibly fast because of the lack of the stigma.  This has allowed Chinese companies to catch up to foreign competition in a short period of time and then derivative innovation takes over. The end result is a more vibrant ecosystem that is conducive to an accelerated rate of innovation. Projecting forward, it’s going to become harder and harder for cultures not comfortable with blatant copying to keep pace. Elon Musk recently released the Tesla patents in an attempt to jump start such an ecosystem – an ecosystem that the Chinese have had for years.

Do you think Chinese censorship gets in the way of the Internet there?

For sure. By some accounts, the Chinese government employs 2 million people to monitor the Chinese Internet in addition to the Golden Shield (aka Great Firewall of China).  All internet companies in China are registered with the government and are required to build its own censorship protocols. The system is terrifyingly efficient at removing sensitive topics from the Chinese Internet.

Tell us about your current project.

I’m currently working on Honey, a company that builds software to help online shoppers always get the best price. We’ve put over $17 million back in the pockets of our users so far and it’s a pretty awesome feeling.

What do you think of Metta World Peace changing name to “Panda Friend”?

It’s brilliant! He intuitively understands that attention is the new scarcity and he has been able to create enough novelty to capture a disproportionate amount of attention. He’s going to be a huge hit in China where novelty rules. Keep in mind that nearly everything that currently exists in China was introduced within the last 30 years, so the appetite and threshold for novelty is much higher there.

Mahbod aka @mahbodmoghadam is a really funny tweeter. He is a co-founder of Genius. 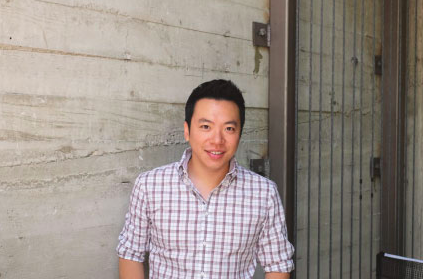