In the wake of Eric Holder’s announcement last Thursday of a $17 billion government settlement with Bank of America over its less-than-kosher mortgages in the run up to the financial crisis, the New Yorker considers the extent to which such deals with the big banks—which have left individual executives pretty much untouched—provide help to Americans harmed by financiers’ recondite wheeling and dealing. In a previous settlement, five mortgage servicers, including BOA, were required to contribute roughly $20 billion to homeowner relief, but because of a complex application process, “much of the funds went to middle income people rather than the poor.”

The good news for youngsters frightened by such chronicles of woe is that Brick Underground has published “The Millenial’s Guide to Getting a Mortgage,” a digest offering tips on work experience, paperwork, common post-closing problems and other areas of interest to post-grads looking to settle down. The bad news? Well, a bunch things, really.

But EDC president Kyle Kimball isn’t sweating it. He and his partner share the lower floors of a Park Slope brownstone with their young daughter, renting out the space above, according to a day-in-the-life-of feature at the Real Deal. Mr. Kimball favors Negronis after work. Other options include dry gin martinis and beer, for those of you considering having the ex-Goldman Sachs and JPMorgan vice president over for dinner.

On offer at Bowery Boogie is a glimpse of the distinctly unpreserved—a 12-minute clip of a 1960s documentary entitled How Do You Like the Bowery? The documentarian tours the neighborhood on foot, putting the film’s eponymous question to its then-destitute denizens. “The Bowery,” one man tells him, “is a wonderful place to live when you’re broke.”

While the Bowery had bums, Caton Place in Brooklyn, a couple blocks west of the Prospect Park Parade Ground, had horse stables. But that’s also due to change, the New York Times reports. It, too, will have a role in “Brooklyn’s Future of Luxury.” Oy vey.

Leave it to the oft-lugubrious Jeremiah Moss of Jeremiah’s Vanishing New York to find a bright spot in all this. On his blog today is a hymn to Forlini’s, an old-school red sauce joint “tucked away on Baxter, surrounded by Chinatown and unspoiled by tourists.” Since 1943, Forlini’s has been “pure and authentic,” Mr. Moss writes, unseduced by trending “fixed-up” or “revived” Italian cuisine. But in singing the restaurant’s praises, he perhaps inadvertently suggests one reason all of his favorite places are closing up: “I don’t go to restaurants for the food.” 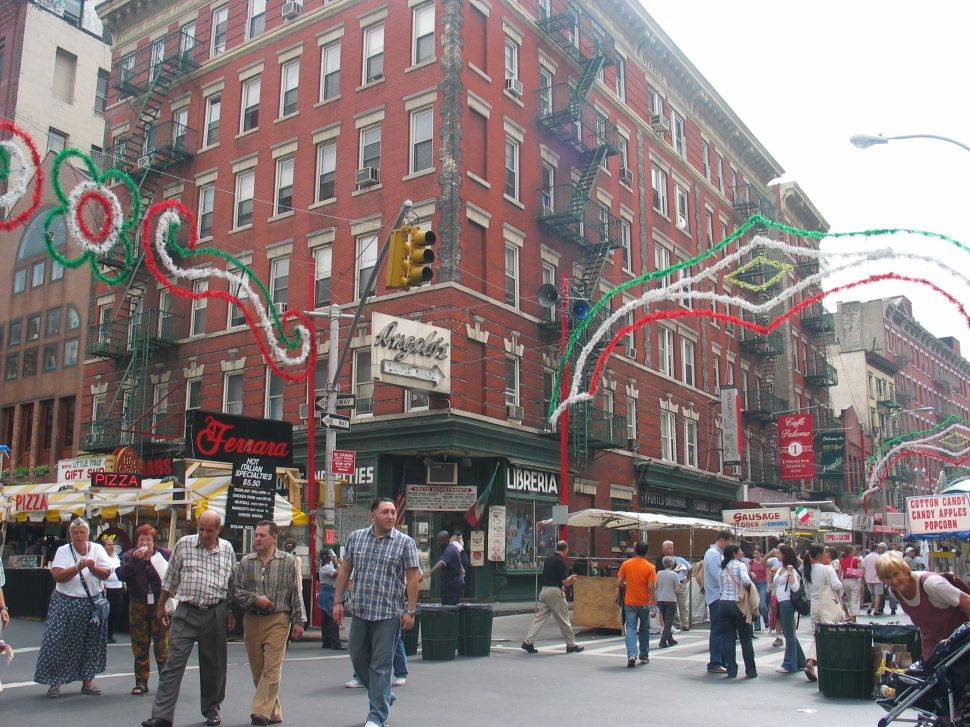