For Park Slope residents who will not be repairing to the Hamptons or the North Fork this Labor Day weekend, the Times provides a look at a possible alternative, and more local, destination. Al di Là Vino has been operating in the neighborhood for nearly 16 years, since its owners opened it, serving hearty Italian fare, in response to a lack of enticing local dining options. (A key motivation, perhaps was the presence of a less-than-alluring Chinese/Thai/Spanish outpost called Tofu Garden.) Al di Là Vino’s long-term success on Fifth Avenue represents a pleasant anomaly in an era when neighborhood joints are, increasingly, unable to hang on.

Chelsea Now offers some non-gustatory weekend leisure suggestions in the form of a selection of little-known key-entry parks located in west midtown and run by the Clinton Housing Development Corporation. All look green, clean and inviting, and you don’t even have to buy a multi-million-dollar condo to get access! The entry fee is is a very democratic $2.

The more intrepid among you—those inclined to, say, climb the Brooklyn Bridge—would be well-advised to move with pace. Police aim to make it more difficult to scale the iconic crossing, by way of improving the gates meant to restrict access to the shimmy-able cables that lead to the bridge’s towers. The Daily News is on the case.

Someone, of course, will be paid to do that maintenance work. Presumably someone with some construction experience. And City & State has a lengthy overview of the current state of the construction industry in New York. With the rash of new building going on, both union and non-union labor is working pretty much at capacity, mostly on market-rate development. Which leaves open the question of who will be willing to take the sort of pay cut traditionally associated with affordable housing construction. The good news is that the unions show signs of flexibility.

Said flex might come in handy in the construction of 10 Freedom Place, the affordable portion of the Silverstein development due to go up on the Upper West Side. The Wall Street Journal reports that although the development will technically have a “poor door,” that is, a separate entrance for the luxurious property’s affordable housing tenants, Larry Silverstein and co. believe they may have found a way to soften the sorts of criticisms that have fallen on their colleagues at Extell for that developer’s “poor door”-purveying 1 Riverside Park, in the same general vicinity.  “…Those who live in the project’s seven-story affordable portion…will have shared access to a courtyard and a 12,000-square-foot roof deck facing west over the Hudson River,” the Journal writes.” Too, the developer has decided to avoid the back-door design on-offer from Extell—and at Silverstein’s Silver Towers development in Hudson Yards, while we’re at it—positioning 10 Freedom Place’s entrance to face a public park. “I’m hoping that as time goes on, people will share play dates and I hope that they’ll do BBQs together,” Manhattan Borough President Gale Brewer told the Journal. “I’m hoping that it will work.” Isn’t it pretty to think so.

Meanwhile, a state audit of a program financing affordable housing projects has found that “questionable selection and lax monitoring of construction projects” has fostered “delays in building and rehabilitating homes,” including at least one site in Bedford Stuyvesant, according to the Times.

And private developers, of course, have less to worry about than ever. The Real Deal confirms as much, with a brief report on the emergent bullishness of the generally-cautious developer community, the members of which seem increasingly willing to charge forth into condo projects without a fallback rental plan. That means condos for everyone! Right?

With build-able land in the city scarce, there’s been a fair amount of talk about focusing on waterfront development, particularly where affordable housing is concerned. A mapping initiative for New York’s water-adjacent real estate that began in 2001 remains incomplete and the EDC issued a request for proposals yesterday in search of a private company to “map properties on the shorelines of the five boroughs,” Crain‘s reports. To finish the cartography initiative, the EDC will bring federal Sandy grants to bear; the project will likely run to 2016. 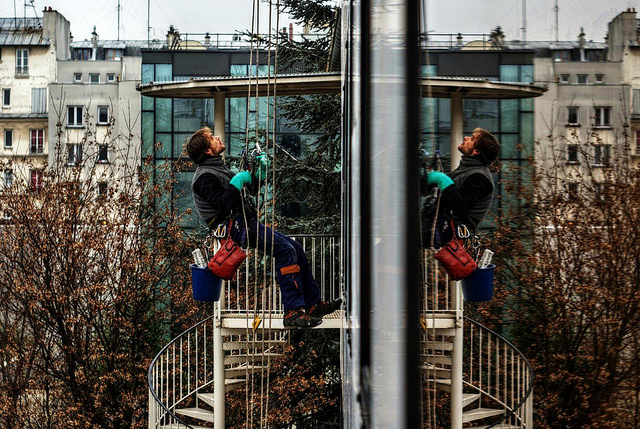