Lee Grant’s 100-plus credits as a film and TV actress, her 25-plus credits as a director, and her closet full of hardware (Oscar for Best Supporting Actress as Felicia in Shampoo—her giant sunglasses alone should have won it; plus three other noms; a couple Emmy wins; Best Actress at Cannes for Detective Story; a DGA Award for directing Nobody’s Child) would be impressive under any circumstances. But consider this: she assembled that resume despite a dozen prime years on the blacklist when she declined to dime on her husband before the House Un-American Activities Committee. Watch her glide through Columbo as its greatest-ever villain, or see her eyebrows lacerate Albert Brooks during the pie-ordering scene of Defending Your Life, and your revulsion at HUAC and all it cost America is renewed. Ms. Grant’s new memoir, I Said Yes to Everything, is a marvelous remembrance of a life well lived; she spoke about it over lunch at Michael’s.

Do people stop you all the time and say, ‘I loved you in X,’ and then you have to talk about something from 50 years ago? The last time that happened, I was at a theater in Jersey, and the woman next to me said, “Stella Chernak from Peyton Place!” You never know what hits that emotional button. This was a Peyton Place girl. But on the Upper West Side when I’m walking down the street, if anybody notices, they say, “Love your work” and move on, because they’re Westsiders and probably actors themselves.

Petyon Place was your first prominent role after the blacklist. Even by the crazy standards of blacklisting, 12 years seems excessive. What accounts for such harsh punishment? Very few of the actors blacklisted in that period were Communists. It was people who gave money to the Spanish Civil War, people who got up and said, “I don’t like what’s happening.” Very few card-carrying members of the party were blacklisted. It was mostly people like me who were married to Communists.

In the book, you call them “pillow reds.” I thought that was a great phrase. Thank you! But I didn’t write the book for you. I wrote it because I forget names and things, and I was scared it was connected to losing memory. The more I wrote, the more there was; I had no idea what was inside of me.

I loved Cherry Jones in the revived Glass Menagerie. I thought it was so badly done. I love her. She’s a real talent, and she throws herself into the part, but the desperation [her character, Amanda Wingfield] has to save her kids was dissipated by the production.

Did you see The Master Builder at BAM? I don’t go to Brooklyn.

You don’t? I don’t go below Lincoln Center. I live on 90th street.

That’s old school. This is a big deal for me to come down to a restaurant. I am on the Upper West Side. That’s where I am. This fish is brilliant.

Talk to me about what Broadway was when you were doing Detective Story, compared to now. Well, Sidney Kingsley was a writer. He wrote Men in White, which set the stage for every hospital show on TV that’s come. Then he did Detective Story, which set the stage for every detective show that came afterward. Also, on stage was Streetcar with my friend Kim Hunter and Marlon Brando—astonishing. And Tennessee Williams, astonishing. Arthur Miller, astonishing. Lee Cobb. So breathe in what was coming out of that pavement at that time, that kind of talent. It was such a nourishing time, and you didn’t stop working. You went from one thing to another. Broadway was alive.

Something else I like in the book: In a few spots you say, “I’m crying as I write this.” Oh, that happened. I would hit something and stop to cry. Joey would be lying on the couch in the sunroom watching television, and I’d throw myself on him and cry. And he’d keep an eye out, still watching the television, patting me with one hand and watching the television with another. Yep, I did a lot of crying. 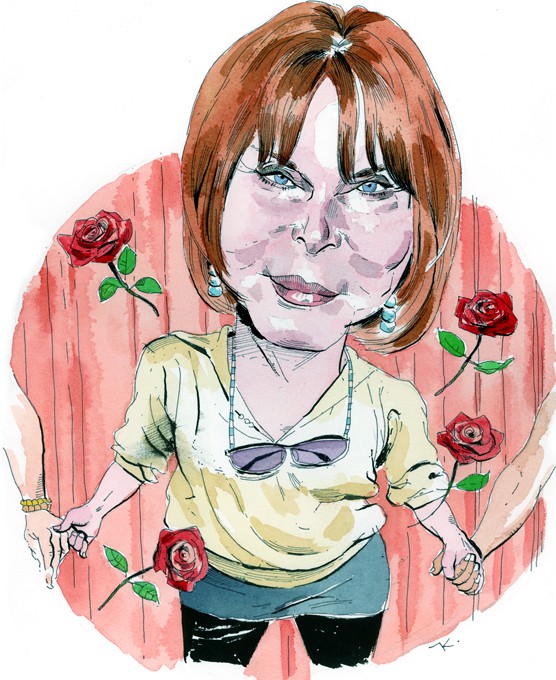