Police unions may think Rev. Al Sharpton belongs nowhere near City Hall, but they have no apparent problem with the reverend marching across the Verrazano-Narrows Bridge.

Patrick Lynch, the president of the Patrolmen’s Benevolent Association, defended Mr. Sharpton’s right to march across a bridge without a pedestrian walkway, despite blasting the reverend all this week.

“If the powers that be decide that the march will go on, our members will be there to police it and make sure everything goes smoothly and make sure everyone gets to say what they want to say, their beliefs. That’s fair and that’s what this country is about,” Mr. Lynch said on The Ride Home with Pat Kiernan and Rita Cosby on WABC Radio yesterday.

Mr. Sharpton announced this week he will stage a march against “police brutality” across the Verrazano Bridge, a lengthy suspension bridge connecting Brooklyn and Staten Island. Staten Island and Brooklyn pols, particularly Republicans, expressed concerns about the logistics and safety of the march. It’s not clear if Mr. Sharpton will apply for a permit that could close the bridge to traffic–a rare event.

What’s also not immediately clear is who is responsible for sanctioning the march. The Metropolitan Transportation Authority, which controls the bridge, and Police Commissioner Bill Bratton each implied yesterday the other party was responsible.

Mr. Sharpton’s march will come about a month after a black Staten Island man died in police custody after being placed in what Mr. Bratton and Mayor Bill de Blasio called a chokehold, a prohibited maneuver. Mr. Lynch vehemently denied that Mr. Garner was placed in a chokehold and lashed out at City Hall for rendering that judgment.

On the march itself, Mr. Lynch said that it was not surprising to him that his apparent nemesis was heading for the bridge.

“It’s not unusual. Reverend Sharpton had protests in the past and they’re usually similar. Again, whether we agree or disagree, our members will police it and do it properly and make sure everyone’s constitutional rights are protected,” he said. 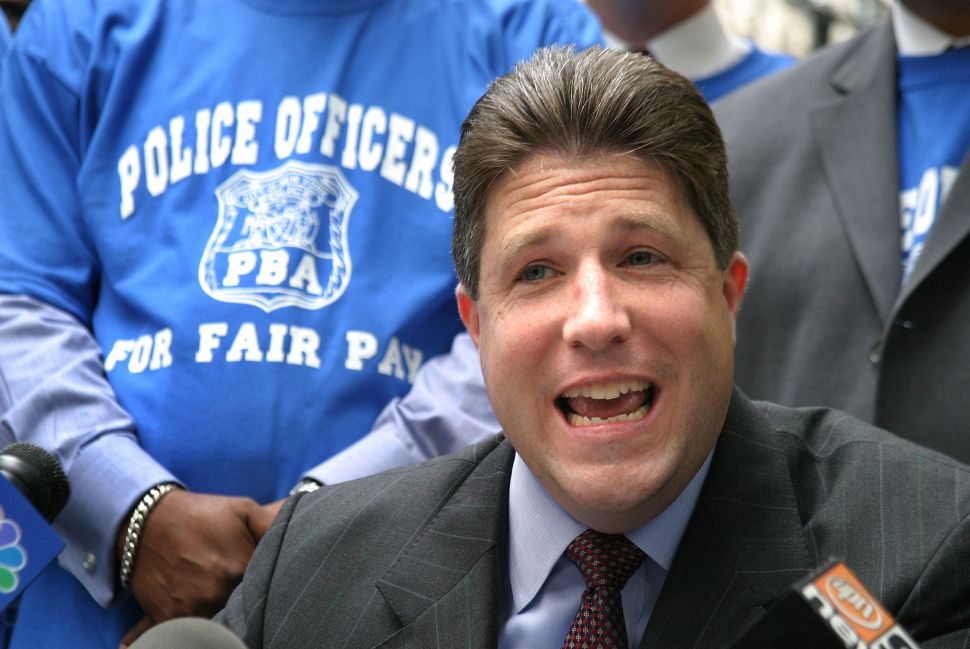