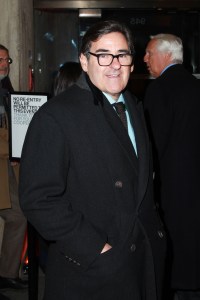 The building at 421 E. 6th Street looks unassuming enough. It’s still got the facade of the Con Ed substation that it was in the 1920s, and chances are, if you’re strolling by on the way to Tompkins Square Park, you probably wouldn’t stop and stare.

But inside, the gigantic space is filled with the minimalist installations of Walter De Maria, who purchased the lot in 1980 and turned it into his studio and home that he occupied and built upon until his death last year. He transformed the building into a work of art itself, perhaps the encapsulation of his entire career and life.

Peter Brant has now paid a lot of money for this encapsulation of a life. The Real Deal spotted the property records filed by the city this morning indicating that Mr. Brant, the publishing magnate and mega-collector, has picked up the property for $27 million. It comes with the lot next door, so this is quite the large chunk of East Village real estate.

The Brant Foundation declined to comment to Gallerist on the sale, but there’s good reason to speculate on its involvement. All the way back in May, EV Grieve reported that the Brant Foundation would be taking over the space, citing a source. If the Foundation did plan on using the Walter de Maria mansion as its New York City outpost, it would be a gritty compliment to the lush and spacious Art Study Center in Greenwich. No word on whether this potential new Brant Foundation bureau would host art tours with children involved in with the Department of Homeless Services.

But Mr. Brant has options. Perhaps he wants a swingin’ downtown pad just to chill. Maybe the Greenwich Polo Club, which Mr. Brant co-founded, will finally gallop into the city and start an uptick in urban polo playing. Maybe his jet-setting party-hopping children, Peter Brant II and Harry Brant, need a place to finish their homework. What about moving Interview magazine, which Mr. Brant owns, from the mobbed blocks of Soho to the wilds of Avenue A?

The possibilities are endless.