The crash, at West 47th Street and Seventh Avenue, felled a traffic-light pole.

According to witnesses, the blue City Sights bus photographed was in front of the red Grayline bus when it suddenly stopped short, causing the Grayline to careen up onto the curb and into the pole.

“After the impact there were about 10 people on the ground who were getting their arms and legs bandaged,” said Nikol Kalbanova. She and her friends were leaving the nearby Forever 21 when the accident occurred.

“It was really shocking. Police officers and firemen moved everyone away [from the scene] and had to break the glass on the Grayline bus,” she added.

At a press conference later, the EMS Deputy Chief of the FDNY John Wieland reported that this action was taken to remove the tour guide who was thrown forward and got caught underneath the bus’ dashboard. He went on to state that there were a few possible broken bones caused by the falling light post and resulting flying debris, but no serious or life-threatening injuries of any kind.

Earlier in the afternoon, Wieland added, there had also been bomb scare in the area, making this collision the second incident today prompting authorities to secure Times Square. 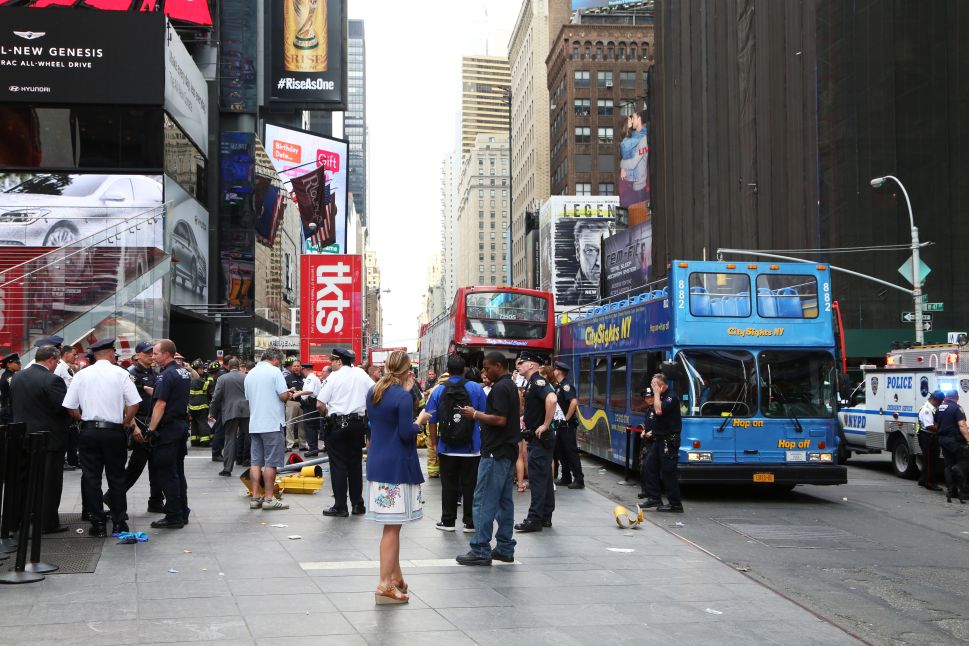