In a head-scratching display of unabashed public frolicking, fitness “expert” Joanna Rohrback’s new video features an innovative form of aerobic exercise, a herd of terrified horses, proof that too much fresh air can go to your head AND a man in zebra-printed spandex.

Prancercise, a workout Rohrback claims to have invented, is now allegedly “in fashion” and was inspired by her equine friends. In her latest video, she and partner Victor demonstrate “Fitness with passion” by galloping around a large field of horses, flapping their arms like wings in attempt to get in some quality cardio. This is of course confusing for a number of reasons, not the least of which is that horses do not have wings… Believe it or not, this is the sequel to the  original Prancercise video that went viral last year, accumulating over 10 million views. The first video features a solo Rohrback, donning ankle weights and truly horrifying white spandex pants, prancing through what appears to be a public park demonstrating the four “modes of Prancercise.” At the least the sequel video had the good sense to put them in an empty field, away from the virtuous eyes of children.

Though the video’s excessive amounts of spandex will make you uncomfortable, Prancercise might actually be a genius new form of exercise as both Joanna and Victor are relatively thin and appear to be positively worn out by the end of the video (although the sweat could be due to the obvious amount of hallucinogens the pair had to have recently ingested). Even more genius is that Rohrback is prancing all the way to bank, turning her YouTube success into more lucrative opportunities. In the last year she has been featured in John Mayer’s music video for his song Paper Doll, and starred in a Pistachio commercial in the company of Denis Rodman.

Though there is a 0% chance that I will become a practicing Prancerciser, Rohrback’s resolve to share her beloved form of exercise without any hint of irony or concern for public approval is kind of…inspiring? Let’s go with inspiring. Perhaps I will try prancing to the train this afternoon. I’ll let you know how it goes. 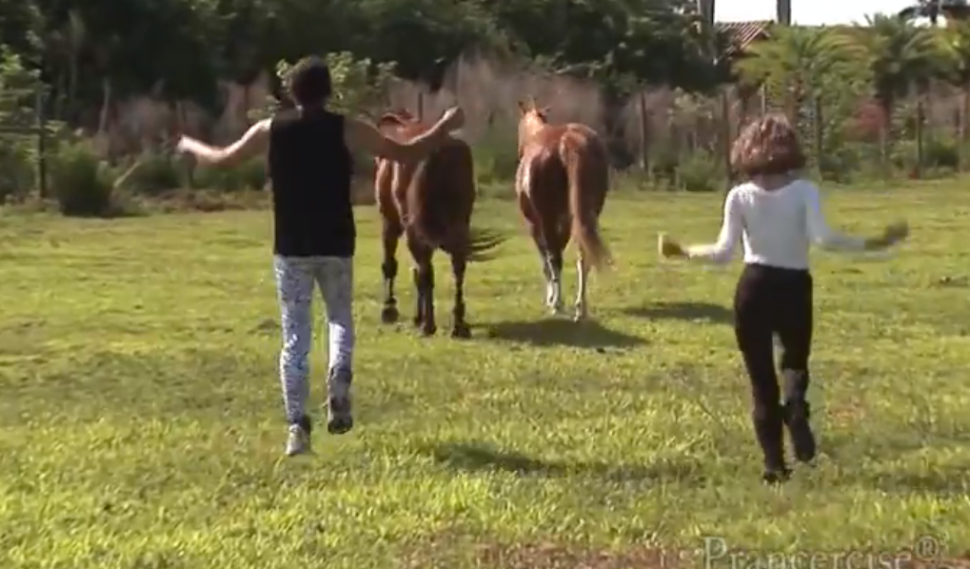