There is glory in flying luxury, ditching the lines at the airport, grabbing a glass of champagne, and relaxing in a six-seat private jet. Traveling in a private jet for $540, though, may seem like a pipe dream for New Yorkers with their heads in the clouds. Have no fear, JetSuite has now made it cheaper to split a private jet than an Uber to the Hamptons.

Originally a charter jet company, JetSuite has opened up its services to the public, offering four and six-seat jets for jaunts around the United States. While charters cost around $3,500 a hour (cheap by industry standards since most competitors charge $7,000 a hour), the company’s new SuiteDeals offer one-way trips between $536 to $1,499, not per person but for the entire aircraft.

Their services are offered around the country, with recent deals discounting flights in Arizona and California. Since the flights would go empty otherwise, JetSuite’s CEO Alex Wilcox saw an opportunity for New Yorkers, and ambitious travelers around the country, to hop on board.

The catch? The flights are posted online around 4 p.m. the day before they take off, so spontaneity is a must.

“We’re not elitist, we want people to fly on these airplanes. The problem is that it is still radically expensive for some people,” Mr. Wilcox told the Observer. “Our whole DNA is about lowering the cost and making it more accessible. We’re the populist private jet company.” 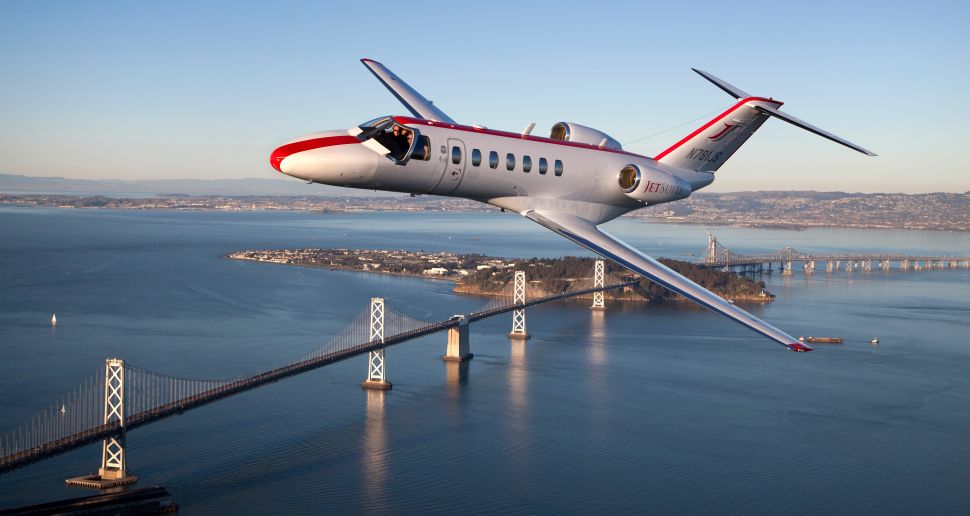