Brooklyn Assemblyman Dov Hikind claimed on Thursday that police had reportedly told Crown Heights residents they were not arresting and prosecuting potentially anti-Semitic attackers out of fear of stoking racial tensions–especially in the aftermath of Eric Garner’s death.

“There’s a sense that ‘we don’t want to rock the boat, there’s a lot going on, with Staten Island and other places,'” said Mr. Hikind, alluding to Mr. Garner’s death last month after an officer placed him in an apparent chokehold. “I hope that’s not true.”

The assemblyman told the Observer that this attitude among police in the neighborhood–still home to large Jewish and black populations–is “common knowledge,” and said he hoped Mayor Bill de Blasio and Police Commissioner Bill Bratton would address residents’ concerns.

“I want to be optimistic that the mayor and his administration are going to be responsive,” said Mr. Hikind

Crown Heights was the site of a deadly three-day riot in 1991 amid tensions between black and Jewish residents, and more recently of alleged ‘knockout game‘ attacks some pinned on continued racial tensions there.

Mr. Hikind’s rhetoric at the press conference echoed a remark made on his official Facebook page several hours earlier.

“We can’t afford for New York’s Finest to be apprehensive when dealing with sensitive situations,” Mr. Hikind wrote.

Several of the other Jewish leaders who spoke at the event recalled the violence and anti-Semitic speech that the riots brought 23 years ago. One rabbi made a thinly veiled jab at Rev. Al Sharpton–who he claimed stoked tensions in the days of the riots and used the term “diamond dealers” at the time, which Mr. Sharpton has repeatedly denied—and the activist’s relationship with Mr. de Blasio.

“If he’s being heard today in the halls of power, shame on all of us!” shouted Rabbi Eli Cohen of the Crown Heights Jewish Community Council.

Mr. Cohen declined to refer to Mr. Sharpton by name, instead telling the Observer to “Google it.” Mr. Hikind refused to comment on whether he believed the mayor’s relationship with Mr. Sharpton is appropriate given his history in Crown Heights.

“You don’t expect me to answer that, do you?” Mr. Hikind said.

Mr. Sharpton told the Observer last night that he never incited violence in Crown Heights –saying the official New York State report on the 1991 violence that Gov. Mario Cuomo commissioned showed that he did not make an appearance in the neighborhood until after the rioting was over. Mr. Sharpton also denied ever referring to Jewish residents as diamond dealers, saying the remarks ascribed to him are a misquote of actual remarks he made criticizing both African-American street violence and financier Robert Oppenheimer trading in gem stones with apartheid South Africa.

“Either the gentleman does not know what he is talking about, or he is speaking about someone else,” Mr. Sharpton said by telephone of Mr. Cohen. “That’s as irresponsible as saying I caused the violence that’s going on right now in the state of Missouri, Ferguson, Missouri, that I just got back from. I’m sure 10 years from now, someone will try to rewrite that.”

The de Blasio Administration said it and the police department were completely committed to pursuing and prosecuting all criminals, regardless of potential racial fallout

“The police pursue all alleged attacks, with an emphasis on alleged hate crimes, and there is zero tolerance for hate crimes of any type. This has been and will continue to be Commissioner Bratton and the Mayor’s imperative,” spokeswoman Ishanee Parikh told the Observer.

Mr. Hikind has his own history of perceived racial insensitivity. He drew fire last year for donning blackface makeup as part of a basketball player costume on the Jewish holiday of Purim.

The NYPD did not immediately respond to requests for comment.

Updated to include comment from the de Blasio Administration. 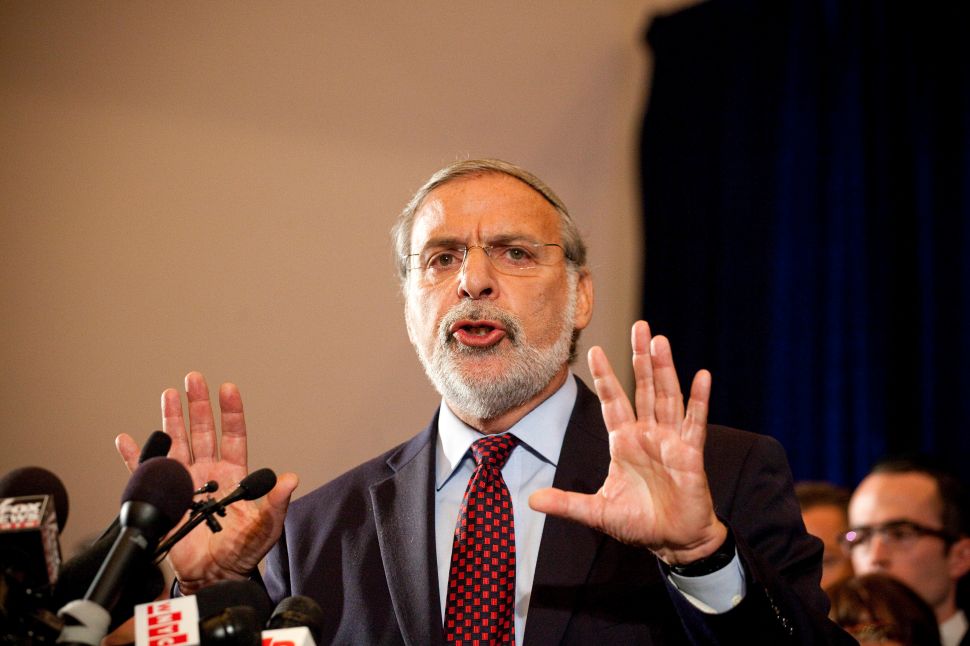