Mr. Rangel praised Mr. Cabrera’s experience in the City Council in making the endorsement against Mr. Rivera–who endorsed fellow State Senator Adriano Espaillat in his two unsuccessful challenges of the congressman this year and in 2012.

“Fernando Cabrera is an outstanding leader with a proven track record in the New York City Council and for the residents he represents in the 14th district. He has delivered over 40 million dollars in funding to our district that has resulted in the improvement of our senior programs, our public schools, and our public safety. Rev. Dr. Fernando Cabrera is the right choice for the New York State Senate,” Mr. Rangel said in a statement.

The Cabrera campaign cheered the veteran pol’s announcement of support and the fund-raiser at their office on the Grand Concourse.

“Congressman Rangel represents a significant percentage of the 33rd senate district within the 13th congressional district. This key endorsement deals another blow to the Rivera campaign,” the Cabrera camp said in a statement.

The endorsement in the Democratic primary comes in spite of Mr. Rangel’s and Mr. Cabrera’s clashing views on social issues. Mr. Rangel applauded the Supreme Court decision that struck down the anti-same sex union Defense of Marriage Act, while Mr. Cabrera has attended events held by the fiercely anti-gay marriage Family Research Council.

There is, however, some history between the two. Mr. Rangel’s re-election campaign paid more than $63,000 to Global Diversified Associates–a company owned by Mr. Cabrera’s campaign manager, Domingo Flores–to do canvassing earlier this year.

Mr. Rivera’s camp dismissed the announcement as meaningless, and continued to hammer Mr. Cabrera for his conservative viewpoints.

“It’s nice that lifelong Republican Fernando Cabrera has finally landed one endorsement beyond his right-wing friends at the Family Research Council. But with the overwhelming majority of progressive Bronx leaders and the unified support of organized labor, Team Gustavo feels good about where we are,” the Rivera campaign told the Observer.

State records show Mr. Cabrera failed to file fund-raising documents by the 32-day pre-primary deadline earlier this month. This month’s filing is expected to show that the campaign refunded $20,000 in city matching funds that Mr. Cabrera illegally transferred from his Council campaign to his Senate effort.

The Cabrera campaign did not respond to requests for comment as to why they did not file. 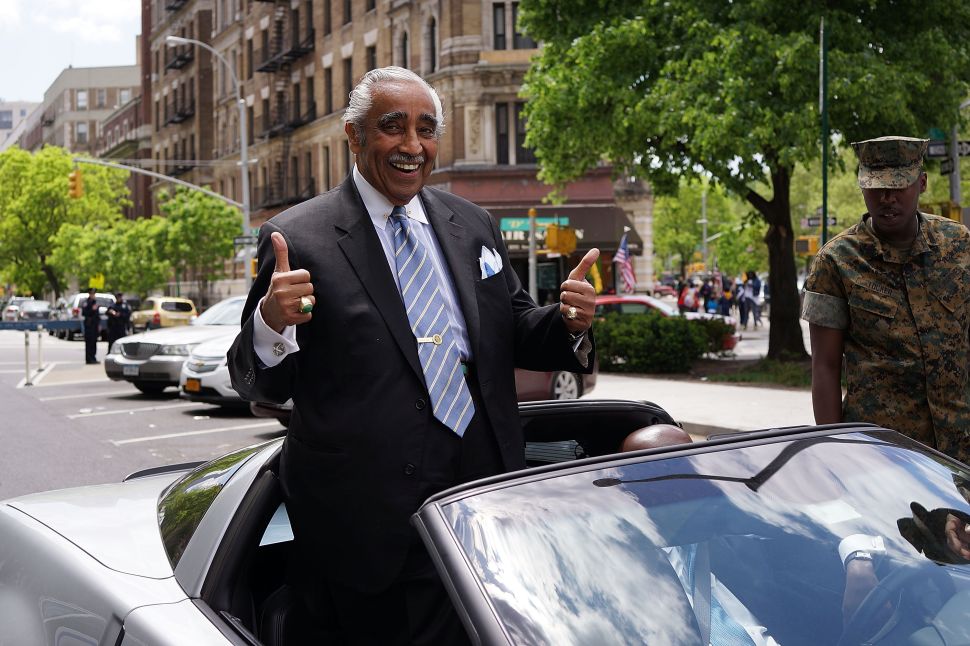