This summer, as part of its 16th RiverRocks concert season, Hudson River Park is presenting a handful of free open-air rock shows, one every other Thursday evening, at Pier 84. When the weather’s good—and luckily that’s been the case for every date so far—this has to rank as one of the city’s most pleasant, and civilized, concert experiences.

Showgoers arriving at the W. 44th St. entrance to the pier shouldn’t be fazed if they see long lines of people stretching off to their right. Those are tourists, waiting to board the Intrepid next door. Once past the gates, the prospects improve immeasurably: well-positioned beverage stations and food trucks; a long green lawn on which to relax; and a mid-sized stage at the very end of the pier, which also happens to offer a fine vantage point for the sunset. The sound is pristine, the elbow room plentiful, the 10 p.m. curfew reasonable, and the programming—at least this year—rather U.K.-centric. Two Scottish bands, one newcomer (Honeyblood) and one veteran (Teenage Fanclub), topped the most recent bill.

For the series’ final offering on Thursday, August 7, the Brit streak continues with a performance by a young quartet from Kettering, Northamptonshire, called Temples. Led by the songwriting team of James Bagshaw (guitar, vocals) and Thomas Walmsley (bass), Temples have been operational for barely two years and have a single album to their name, Sun Structures, which was released this past February. Even so, Britpop elder statesmen—or, perhaps more accurately, middle-aged statesmen—like Johnny Marr and Noel Gallagher have been praising them to the stratosphere.

A quick listen to any one of their songs will tell you why. In short, Temples make music that sounds just like it was written and recorded 45 years ago. This is not mere stylistic homage; it goes well beyond that, into true reliving-the-late-1960s-in-an-alternate-universe territory. Listen to their U.K. debut single, “Shelter Song” (video above): the sneakily McGuinn-ian electric 12-string riff, the echo-laden backing vocals, the tinkling finger cymbals. If you didn’t know better, you could easily swear that this track was cut at Olympic Studios, Barnes, for the Immediate label, with George Chkiantz or Eddie Kramer at the console, and then somehow mislaid for a few decades. The whole album’s like that.

It remains to be seen how Bagshaw, Walmsley and their bandmates can follow up such an unabashedly retro statement. Will they choose to leap forward and engage boldly with the 21st century? Or will they progress in some kind of gradual chronological order, moving from psychedelia to, say, glam rock? These, however, are worries for another day. For now, take your seat on the grass at Pier 84, watch the Weehawken lights, and just go with it, man. 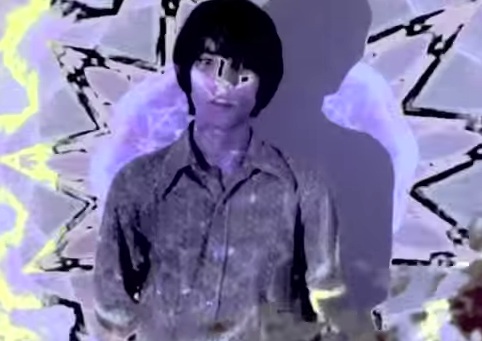