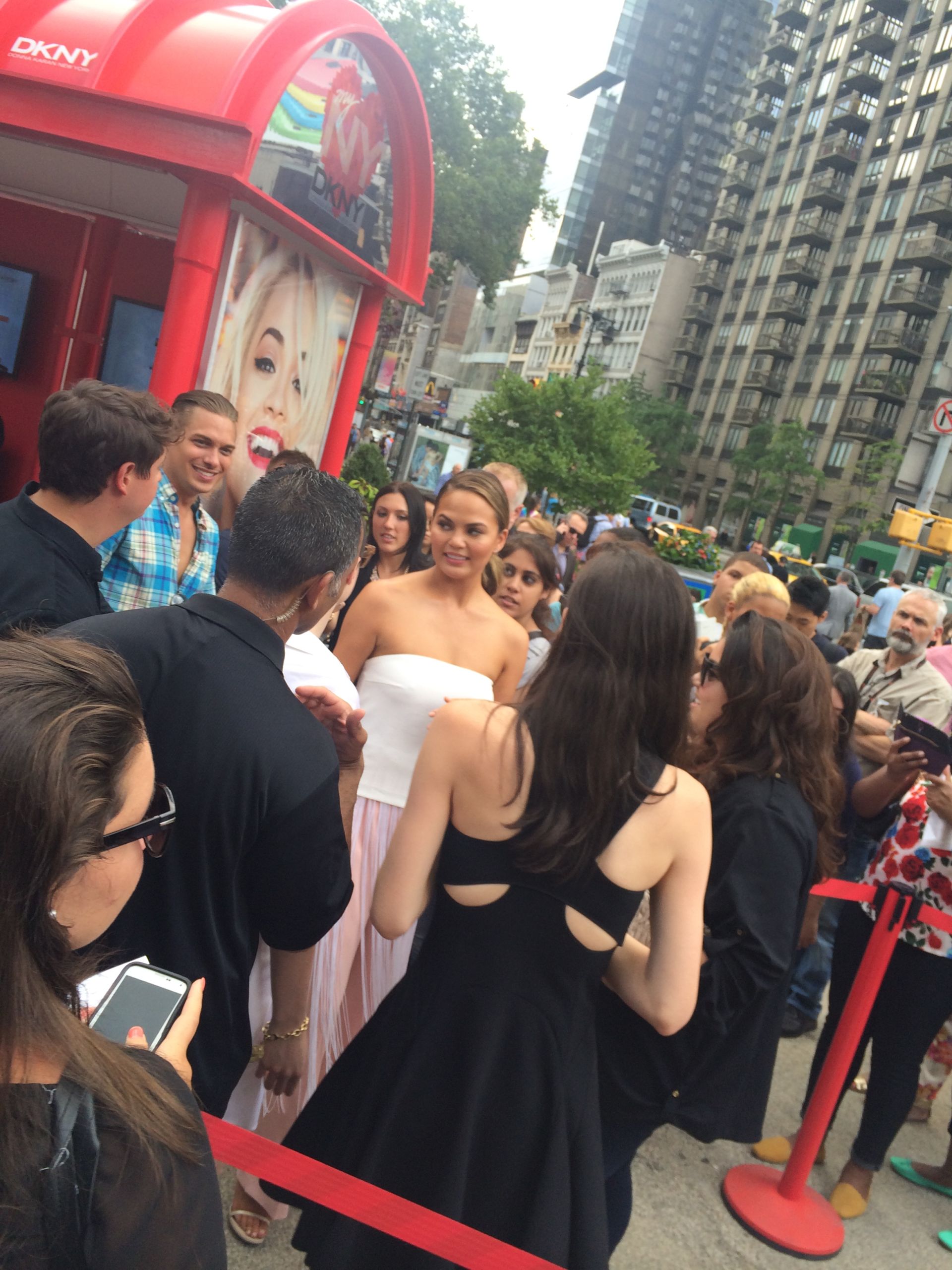 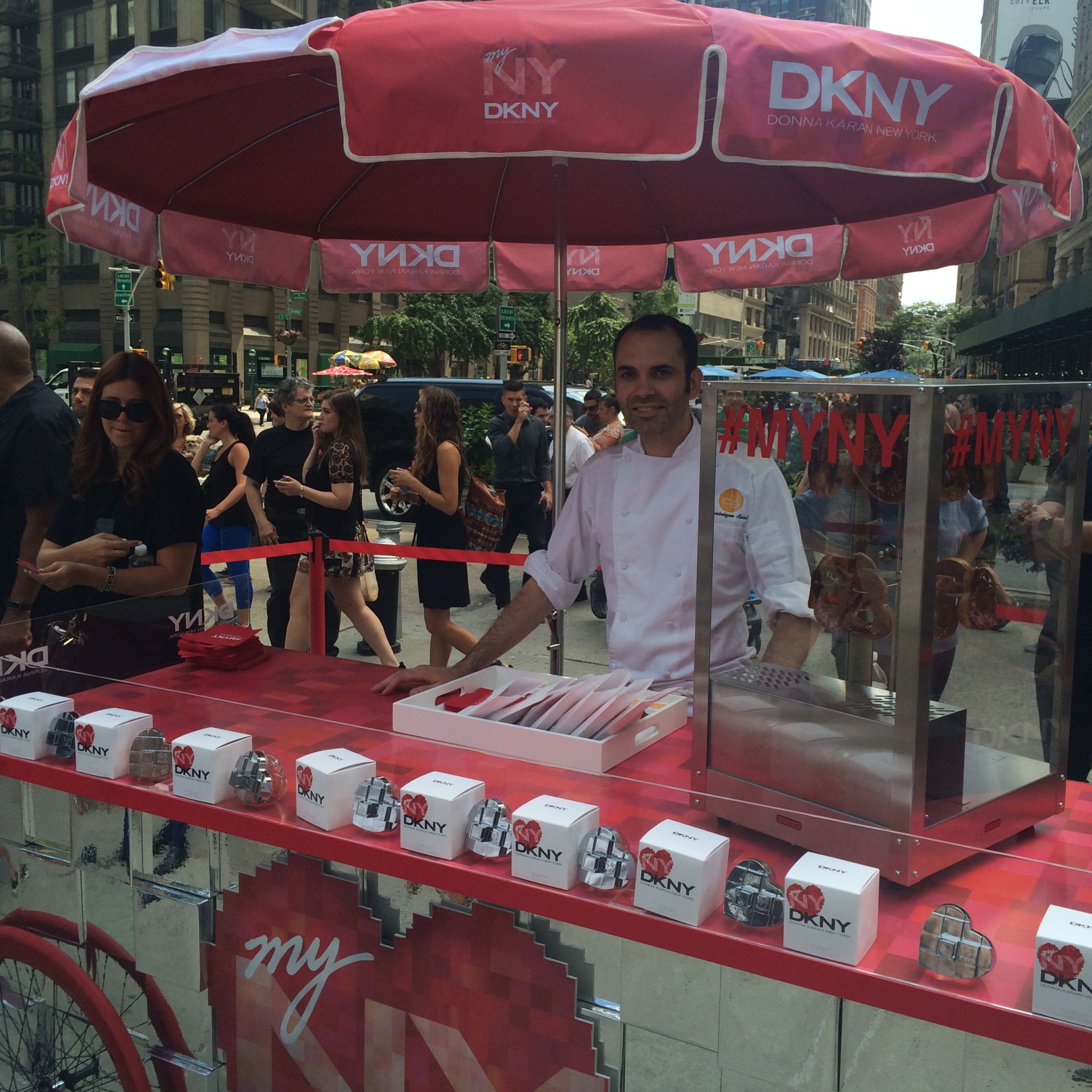 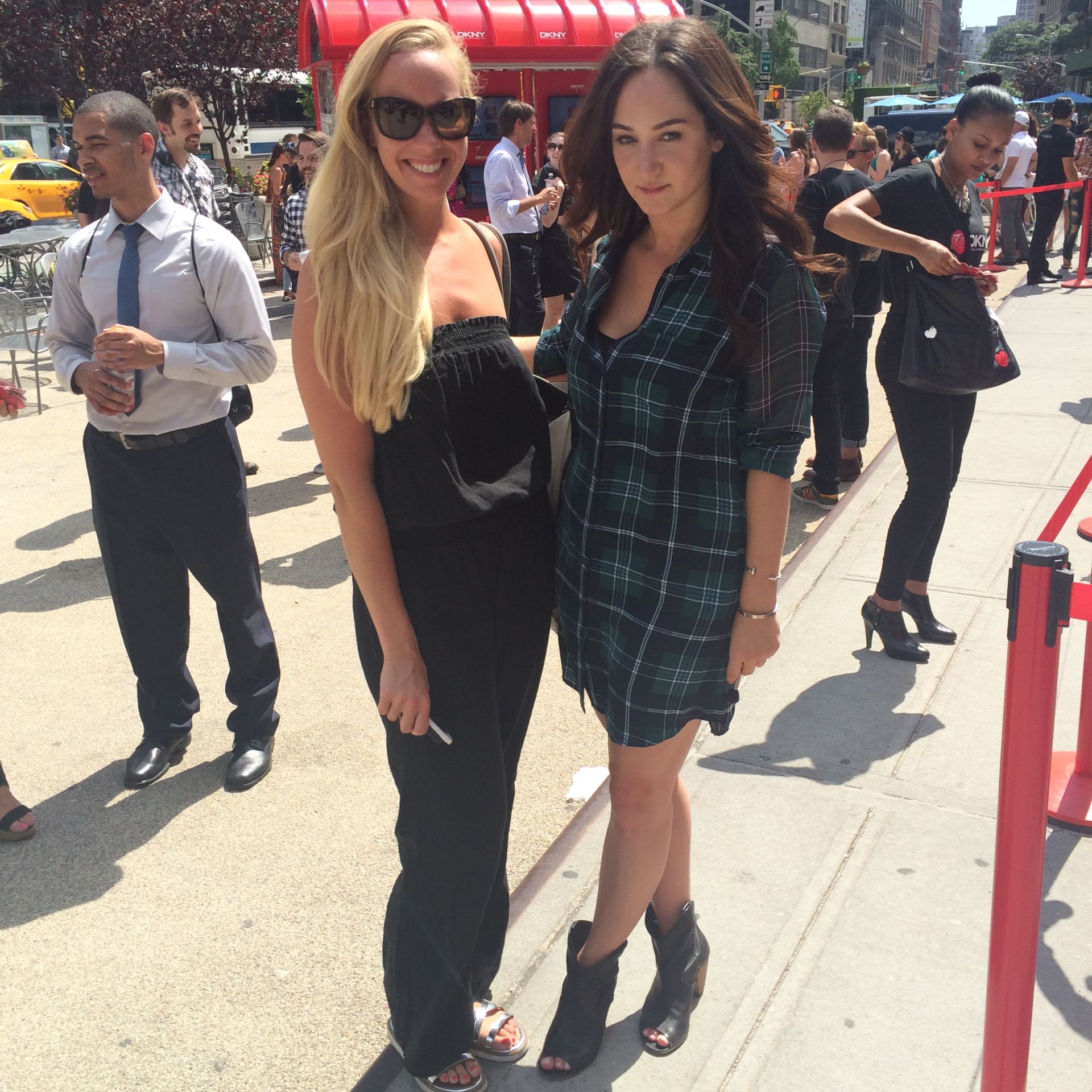 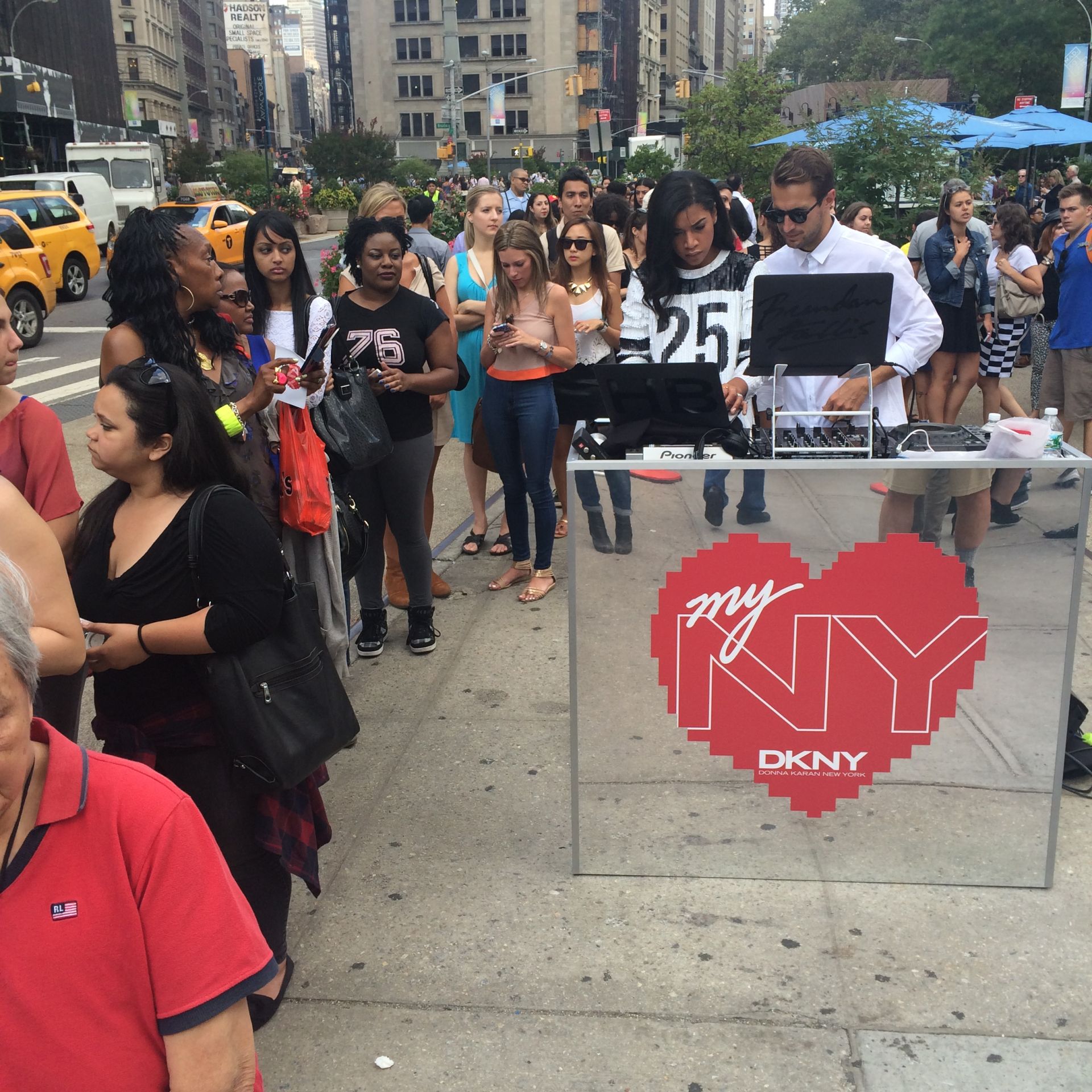 Ms. Bronfman and Mr. Fallis spin while MYNY fans wait in line for their pretzels and test sprays.
Advertisement 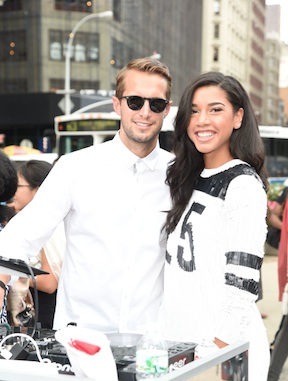 Brendan Fallis and Hannah Bronfman take a break from DJing. (Photo via DKNY) 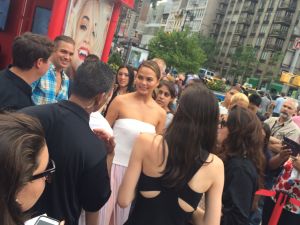 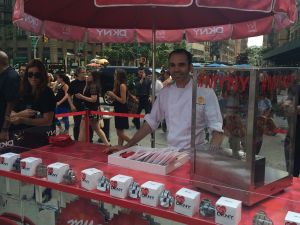 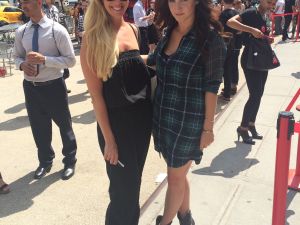 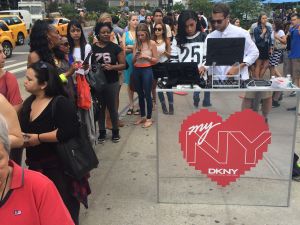 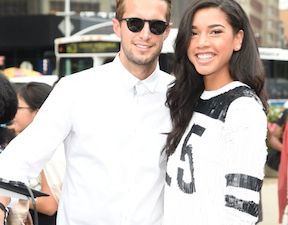 There was a populist vibe in Madison Square Park earlier this week when a gaggle of social-media-famous stars and their fans fêted DKNY’s new fragrance, MYNY.

The boldest-face names in attendance were the singer Rita Ora and the model Chrissy Teigen, who’s amassed a huge following with her witty Twitter account. They playfully spritzed each other and posed for selfies with fans.

The high-tech feel of the event was undeniable. The fragrance’s logo is a pixellated heart. And judging by the amount of selfies being snapped in line, photos from the event no doubt flooded the Instagram feeds of every aspiring fashionista in the tristate area. The hundreds of guests were also able to create custom digital, NYC-centric photos in a shady booth and upload them to the social medium of their choosing, like this one from Aliza Licht:

I made a DKNY #MYNY PRGIRL heart! Be a part of it & make yours here: http://t.co/wUyojoZizX pic.twitter.com/ZUFOQ7tdgE

Celebrity chef Dominique Ansel handed out custom heart-shaped pretzels with raspberry and honey dip that matched the fragrance’s pink bottle, while Ms. Bronfman DJed with her boyfriend, Brendan Fallis, at her side.

Ms. Bronfman was wearing a sequined DKNY football jersey dress. The DJ, Get Beautified app creator and Seagram’s heiress constantly posts details about her workouts and healthy meals on Instagram — so it makes sense that she’s as excited about the recent resurgence of sneakers, sweats and other athletic apparel as the next yoga fanatic.

“I’m a big activewear girl,” she said. “I think incorporating activewear into streetwear is a really cool trend. I’m definitely really into it.”

She also shared with us her secret weapon for staying flawless during a daytime DJ gig — it was a sweltering afternoon, but you wouldn’t know that from looking at Ms. Bronfman.

“I’m obsessed with this one product that’s by Urban Decay,” she said. “It’s basically this mattifying, oil-controlling spray and it is your best friend when you’re in the heat and the sun is blazing on you and you’ve got to take photos.”

Despite her Instagram fame, Ms. Bronfman and Mr. Ansel alike declared that they don’t have social media strategies, so to speak.

“I don’t put that much thought into it but I do try to be thoughtful in what I am putting out there in the world about myself,” she added. “[I’m] trying to be a positive influence on a younger generation.”

Mr. Ansel said the key to his cronut’s viral fame wasn’t necessarily a crack social media plan, but just having a great product.

“It’s just a matter of doing something people understand and people like in the end,” the chef said.

“The pretzel is such a New York icon and we wanted to do something that represents New York,” he told the Observer.

We’re sure Mr. Ansel could collaborate with any designer he chooses (assuming they’re okay with carbs). So why’d he grace DKNY with one of his rarified creations?