The marketing campaign screams, “This is awesome, and totally NOT dorky.” (Photo via RocketSkates)

Every once in a while, someone will share that obnoxiously photoshopped meme of the date in Back To The Future 2 when we’re supposed to have the flying cars and hover-boards. The truth is that our world looks much closer to Marty McFly’s 1985 than it does to the fictional 2015. But every once in a while, we get a small taste of that Jetsons-style future.

A Kickstarter to fund the first batch of motorized roller-skates, called RocketSkates, has gone well beyond their $50,000 goal to raise almost $500,000 — a milestone they’ll surely reach by the time the campaign ends in 7 days. Once the Kickstarter is finished, they’ll go into mass production, and the skates will be shipping “well before Christmas,” a company representative told Betabeat.

The RocketSkates look like little toy wheelchairs for your feet, and you operate them like mini-Segways, rocking back and forth to brake or adjust your speed. They can’t go up steep hills or travel over 6-10 miles before needing a charge, but they can take on most paved surfaces and have a maximum street-legal speed of 12 mph.

There are plenty of campaigns on crowdfunding sites that seem like improbably nonsense, like a pen that can replicate any color it scans or the notorious Healbe Indiegogo scampaign. But RocketSkates are very real — all of the advertised features are street-ready, and there’s a slew of videos showing earlier testers and man-on-the-street trials. The Kickstarter campaign is a combination of pre-sale and publicity hype, which is a strategy we’ve seen plenty of times before. A lot of the photos for the campaign are weirdly hypersexualized. (Photo via RocketSkates)

The Kickstarter campaign also advertises a host of other features that aren’t nearly as interesting, like the ability to pilot your skates remotely with an app like a remote-control car, or a software development kit so that third parties can build iPhone games for RocketSkates, which seems a few steps ahead of itself.

Raising nearly ten times their initial plan has shockingly not changed RocketSkates’ strategy one bit. They’ll simply produce more skates for more customers. Parent company Acton, however, will be raising another round of funding soon, and RocketSkates has managed to turn the heads of the VC community, who have been pouring new money into crowdfunded hardware in the past year or two.

In the mean time, we’re still going to be waiting on those flying cars. 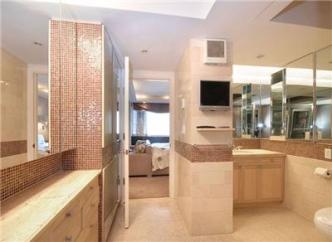 Filed Under: Innovation, Startups, kickstarter, Crowdfunding, Indiegogo, Back to the Future, RocketSkates