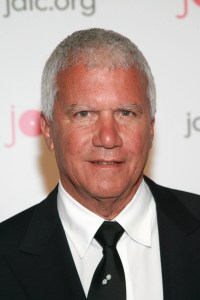 It’s the middle of August, the slowest time of the year in the art world, so Larry Gagosian is probably just waking up in his mansion at Flamand’s Beach on St. Barth’s. And then here comes Ron Perelman trying to ruin his day: the billionaire investor is soldiering ahead with his lawsuit over the price of a Cy Twombly that the gallery sold to him in 2011, the Post reports. And he’s issued a subpoena for the transcripts of all transactions, from 2010 until now, between Mr. Gagosian and those Warhol-collecting juggernauts, the Mugrabis.

There’s years of bickering back and forth between these two extremely wealthy men, but involving Jose Mugrabi and his sons, Tico and David, is a new development. Mr. Perelman claims that Mr. Gagosian worked with the Mugrabi clan to inflate the price of the Twombly, which was previously being offered for a lower price before being removed from the market. When Gagosian put it back on, the price had increased by several million. That increase, Perelman alleges, has something to do with the Mugrabis mucking up the sale.

According to The Post, the Mugrabis see this new development as nothing more than a way for Mr. Perelman to “harass” them.

Perhaps this isn’t really about the few million at stake here—perhaps it’s about something more than money, perhaps it’s about their former friendship (which would make sense, as Mr. Perelman is reportedly worth $14 billion, so to him a few million is peanuts). The two used to be good pals. They even went in on a margarita joint together, Blue Parrot in East Hampton. If only they could hash this one out over fruity drinks with little umbrellas in them.

That’s not going to happen.