The one thing I love about Running Wild with Bear Grylls (besides everything) is that each week a clear story line develops. Week one with Zac Efron, you had a three-way battle between nature, a movie star and that movie star’s shirt. Week two with Ben Stiller, you had a man clearly uncomfortable in the wild, who learned to hate the wild even more. Now, this week, with special guest Channing Tatum, the story seemed to be Bear Grylls clearly recognizing that Channing Tatum is a reasonably physically fit person who may be able to hold his own in the wilderness. So, naturally, Bear Grylls upped the ante in trying to kill him. Somewhere along the way, I think a genuine mutual respect and physical attraction developed (I can’t prove that second part).

Here are the most pivotal moments of Bear Grylls and Channing Tatum’s journey through the Sierra Wilderness of Yosemite, California.

Next week on Running Wild we have guest adventurer Tom Arnold. So all that capability, endurance and fortitude that Channing Tatum exhibited this week? Let’s just go ahead and expect the opposite of that. 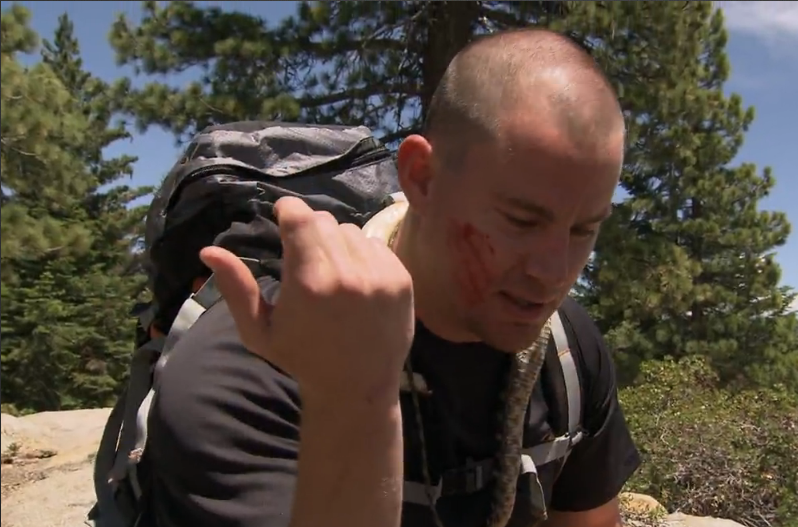