High up on the list of things to speculate about in Game of Thrones is whether or not Ned Stark is truly the father of his bastard son Jon Snow. During a Reddit AMA (Ask Me Anything), the man behind Ned Stark, Sean Bean, gave a pretty definitive answer to that question—who cares? That kid is a fucking drag anyway.

If the answers to Reddit’s questions are any indication, bashing Jon Snow is like, his second favorite thing to do (the first is use the phrase “innit?”)

Just look at what happens when someone dare ask whether Ned Stark regrets not having that all important promised conversation with his bastard.

He went on to explain quite eloquently…

So yeah, sorry hardcore Ned fans. Looks like he isn’t as honorable as he let on. Unless, of course, that promise he made to Lyanna at the Tower of Joy was to be kind of an abusive, asshole father.

Elsewhere, in response to the AMA, Jon Snow sulked around a little bit then had a good mope. 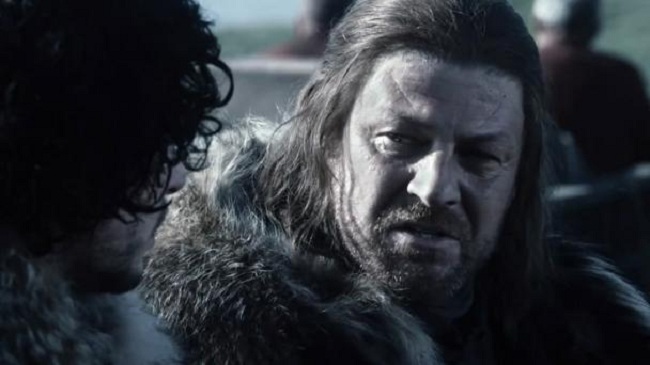