Rev. Al Sharpton made it clear today he never expected the mayor to show up at his upcoming march against police brutality.

“I’ve never seen civil rights marches led by the elected officials of a city so when I’m reading–why you calling people that don’t do marches asking them if they’re doing marches? I don’t do budgets,” Mr. Sharpton quipped at the Palace Hotel in Manhattan.

Mr. de Blasio, along with Comptroller Scott Stringer and Public Advocate Letitia James, has balked at attending Mr. Sharpton’s march against police brutality in Staten Island this Saturday. The march will be held about a month after a Staten Island man, Eric Garner, died in police custody after being placed in an apparent chokehold, an illegal maneuver. The death of Mr. Garner, who was black, renewed controversy surrounding how the NYPD interacts with minority communities.

The march–originally scheduled to go across the Verrazano-Narrows Bridge–took on new significance when a man was killed by police in Ferguson, Missouri this month. The killing set off days of riots in the suburban town and Mr. Sharpton traveled there to speak with community members.

Questions arose about Mr. de Blasio attending the Staten Island march partly because he won his election last year on a platform of police reform. Mr. de Blasio forged a close bond with Mr. Sharpton, a power broker in the city’s black neighborhoods, and often attended Sharpton-led events as a candidate.

Mr. Sharpton raised eyebrows at a City Hall round table in July when he claimed that Mr. de Blasio’s son, who is half black, could have been the victim of an NYPD chokehold. Today, his rhetoric was notably mellowed and he offered a defense of the police force he has vilified in the past.

“I thank you Mr. Bratton,” Mr. Sharpton told Police Commissioner Bill Bratton, who was standing nearby. “We don’t have to agree on everything but we don’t have to be disagreeable because what we leave behind us is more important than the encounters that we have before us.” 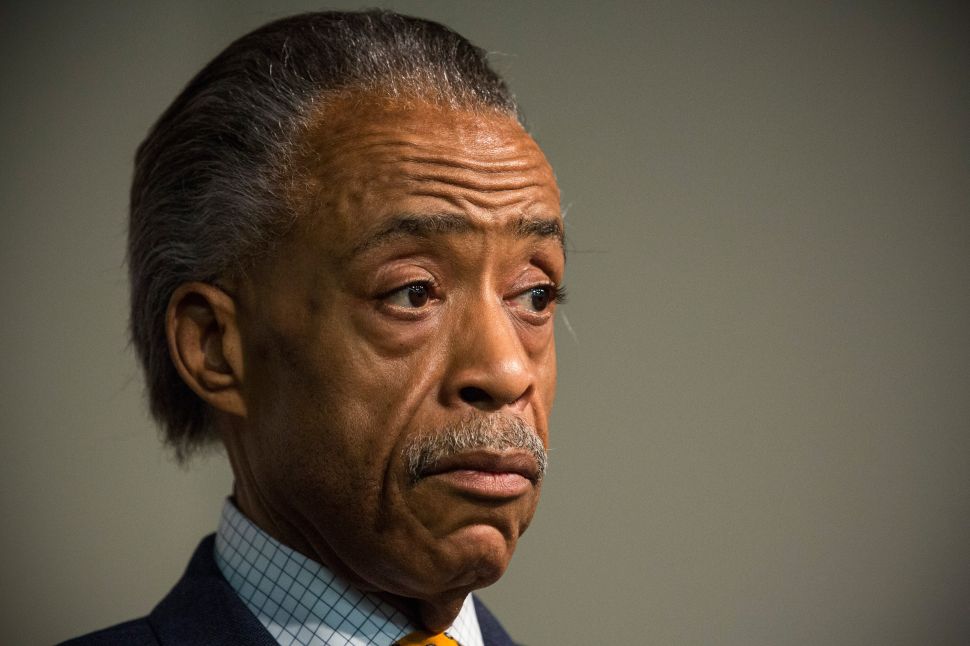