Tori Amos drew screams and a standing ovation from the packed house as she strode onto the stage of the Beacon Theatre Tuesday night.

Outside of a smile and a wave, there was no introduction or interaction with the crowd before she sat down in the spotlight. The music did all the talking.

For the first performance of her two-night stand in Manhattan, the redheaded singer sat solo on the stage, with no band or accompaniment outside of the keyboard to her right and the Bösendorfer piano to her left. The dual-show stop, marking the middle of the North American leg of her “Unrepentant Geraldines” tour, was clearly more focused on classic Tori than the recently released album of the same name.

Ms. Amos, known for her controversial and deeply thematic songs, is a sort of fairy godmother to super fans in the crowd, who, at an average age of 30, were guided by her voice through life’s ups and downs. Now, at 50 years old, with 14 studio albums and many other projects under her belt, she’s reached that “back-to-basics” stage in her career, stripping down her songs, and unplugging to show off her music, her lyrics, and her voice, all at their finest.

Passing furtive glances at the crowd, almost like letting a friend in on a secret, she slammed the piano cover a few times, as if to ensure everyone was paying attention. Grinding on her piano bench as she played with one hand on the keys of each instrument, she made a quick pit stop in her Lizard Lounge, mashing up hits, new and old, in a very Tori Amos style. Singing George Michael and Lana del Rey, Ms. Amos proved to everyone she’s still got it.

You’re touring without a band to accompany you. How does it feel on stage with just a piano?

Well, what I would say to you is that when you’re out there by yourself you have to bring it all. All you have are what sounds you can make by yourself. It’s a very different feeling. The reason why I’m out here is because I was turning 50 and my daughter said to me, “50 isn’t 84. You’re not Grandma Mary. You need to go prove it to yourself that you can do it. The message needs to be that 50 is hot.”

Unrepentant Geraldines focuses on your experience as a mother and growing older and many of your early albums dealt with controversial topics. How do you feel your early songs, which impacted a generation of women, translate to young women today?

I think that unfortunately people are dealing with their own versions of damaged upbringing or relationships. Some are violent, some are verbally abusive—there are all kinds of abusive relationships. Even though we’re so technologically advanced, we haven’t advanced much emotionally when you really think about it. [Laughs] I have people coming to me before shows, saying they met someone on the Internet and it got out of hand. It hasn’t changed much. It’s like the hookup culture of the early ’90s. Today, it’s just a different way of people meeting each other.

You’re spending two nights in NYC. How does the extra time change the dynamic of your shows?

You plan for both nights. You set up your narrative. You tap into the energy of the place you’re in, as well. New York is such unique dragon that you just have to ride. I do a two-hour sound-check everyday. When I hear about groups just doing line checks [where technicians ensure the equipment is working], I just think, “O.K., sister, we’ll see if you’re around when you’re 50.” I’m not just testing the sound, I’m building the show. The reason I stand for meet and greets is that you learn a lot from the people who come to talk. I’m not doing them a favor; they’re doing me a favor. It changes the show every day. People think, “Oh my gosh, that was a special show,” but that’s because they designed it with me.

This is your 14th studio recording. Does it gets easier for you to write and produce songs than when you first started?

I don’t think it gets easier. I think in some ways your first record is your easiest because you’re drawing on your whole life. It’s the ones that come after that get challenging. What I think is that you have all kinds of different songwriters, some are to get you through your car ride and get you tapping your fingers on your wheel, and that’s not what my job is. There’s also a responsibility that I feel to reflect what I’m hearing from people, what they’re concerns are, what they feel, and I have to weave that and put it back into the music. 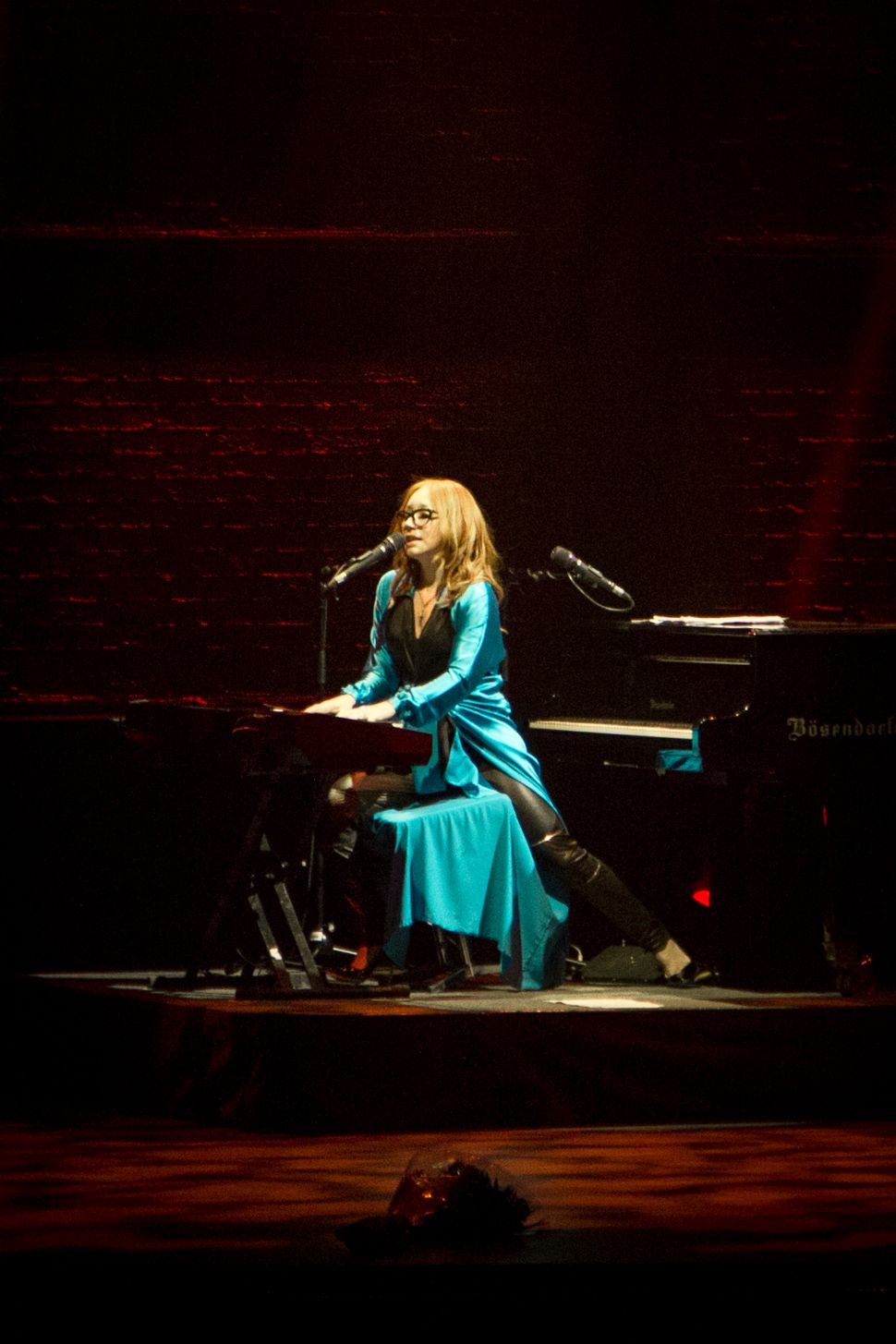