Shindigger recently attended a party commemorating the second anniversary of Dellarocco’s Pizza in Brooklyn Heights. Afterward, we were inspired to craft the perfect summer pizza, but wanted advice on what to use.

“Make your dough a day ahead. Handle it minimally, and don’t use a rolling pin,” advocated Martha Stewart, who suggested the use of organic, all-purpose flour, not semolina, to dust the pizza peel. “Crank up your oven as high as it will go without broiling and heat the pizza!”

Next, we wanted to know which toppings to use.

“I generally like red wine, but nothing that’s too soft,” said Joe Campanale, the adorable beverage director of L’Artusi, dell’anima and L’Apicio, at a Fichimori wine tasting event he hosted. “Something that’s juicy and fruitful will be especially good for a red sauce pizza in summer.”

Shindigger was two glasses into a robust Barolo as restaurateur Alex Kalas added his input to our pizza discussion. Mr. Kalas recently opened Villagio on the Park, a Jeffrey Beers International-designed space that has already attracted media types such as Cindy Adams and Geraldo Rivera.

Rumors of a hush-hush pizza, not listed on the menu of David Burke’s new fabrick restaurant and Spyglass bar, prompted Shindigger to visit the establishment’s lounge overlooking the Empire State Building.

“David has a couple different classic dishes, like his smoked salmon, so we did a variation on a pizza,” disclosed Adin Langille, the executive chef. “We wanted something off the beaten path, and both are a hit.” We soon learned that guests in the know can feast on the clandestine Flying Hawaiian Pizza.

“We use candied bacon and pickled pineapple,” Mr. Langille said with a smirk. “Maybe if you ask one of our servers you’ll get it.”

Next, rumors of a purported $50 pizza enticed Shindigger to Casa Nonna. “Pizza is very important to the menu,” said Chef Julio Genao, inventor of the costly Pizza al Tartufo with shaved black truffles. “We have a full brick oven, and we make our dough fresh. We’ve used lots of delicious ingredients, from stuffed zucchini blossoms to poached quail eggs.”

House of Cards star Rachel Brosnahan got the final say:

“Artichoke, artichoke and artichoke!” she yelled. We bumped into the actress during an event celebrating her first ad campaign for luxury brand Aritzia.

“I’ve shopped at Aritzia for years, so I was in heaven browsing the racks of clothes. They let us each pick a piece we loved and wanted to feature.” Ms. Brosnahan was tapped alongside David Call to star in indie thriller Americana.

Switching our focus back to pizza, she joked: “I could eat there every day. I’d have to be forklifted out of my apartment, but it’d be worth it.” 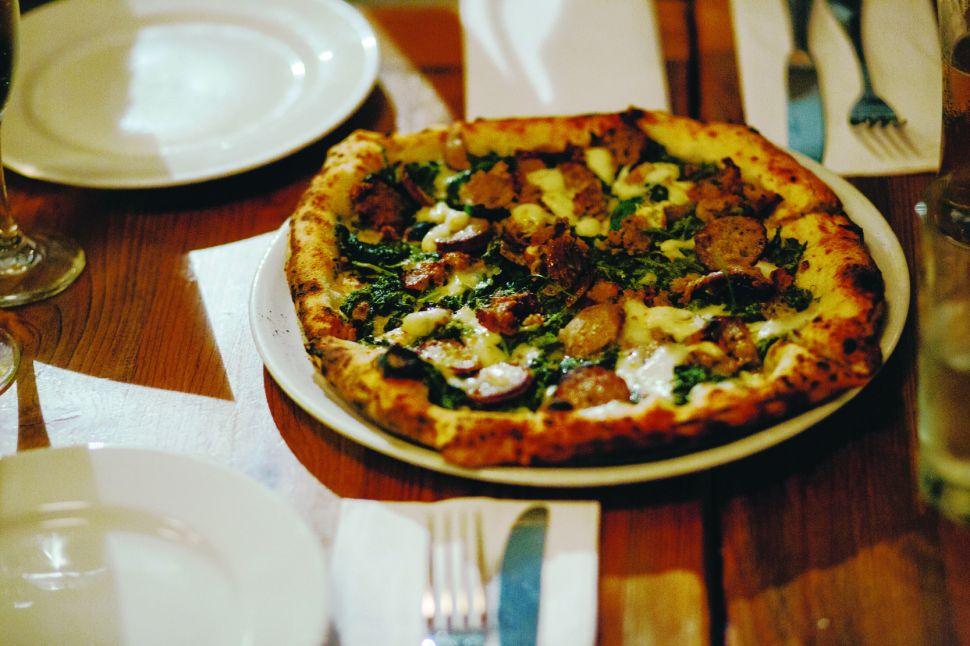