It’s becoming an unsettlingly familiar routine in too many of New York’s police precincts: a report of shots fired. Bullets have been flying in the city’s streets this summer, just as many predicted months ago when the new administration in City Hall announced an end to stop, question and frisk.

Two New Yorkers were killed by gunfire last weekend. Another 19 were wounded. Overall, shootings are up by 12 percent citywide, with some areas, including portions of the north Bronx, seeing an even greater increase.

As The Wall Street Journal noted the other day, last year the city averaged fewer than three shootings a day. But in slightly more than 24 hours this weekend (28, to be exact), there were 11 shootings in four boroughs.

These are troubling statistics. Disputes that might have ended in something less than murder or grievous injury just a few years ago are now ending with a chalk outline on a sidewalk or a street. Why? It’s seems fairly straightforward: thugs no longer have reason to keep their weapons at home when they venture into the street, looking for victims or seeking to settle scores.

Under the Bloomberg administration, the NYPD managed the delicate business of getting tough with potential bad guys while not adopting the overly militarized tactics that have led to outrages elsewhere. As police commissioner, Ray Kelly was a model of community outreach, keeping open important lines of communication between the police and the policed. That’s why people like William Thompson, the lone African-American candidate in last year’s mayoral race, were highly nuanced in their critique of the NYPD. Simply put, stop, question and frisk reduced the number of shootings, especially in high-crime neighborhoods, and thus saved lives.

As a candidate and now as mayor, Bill de Blasio has sought to rewrite the narrative, enabling demagogues like Al Sharpton to assail the police department as irredeemably racist (never mind the agency’s extraordinary diversity—another legacy of the Bloomberg-Kelly era). A tactic that undoubtedly saved the lives of many people of color is now portrayed as something from the Bull Connor school of policing. (Connor, for those too young to remember, was the infamous chief of police in Birmingham, Alabama, who used dogs and batons to assail civil rights demonstrators.)

Preventing the murder of innocents may not be high on the progressive agenda in City Hall. But it ought to be. 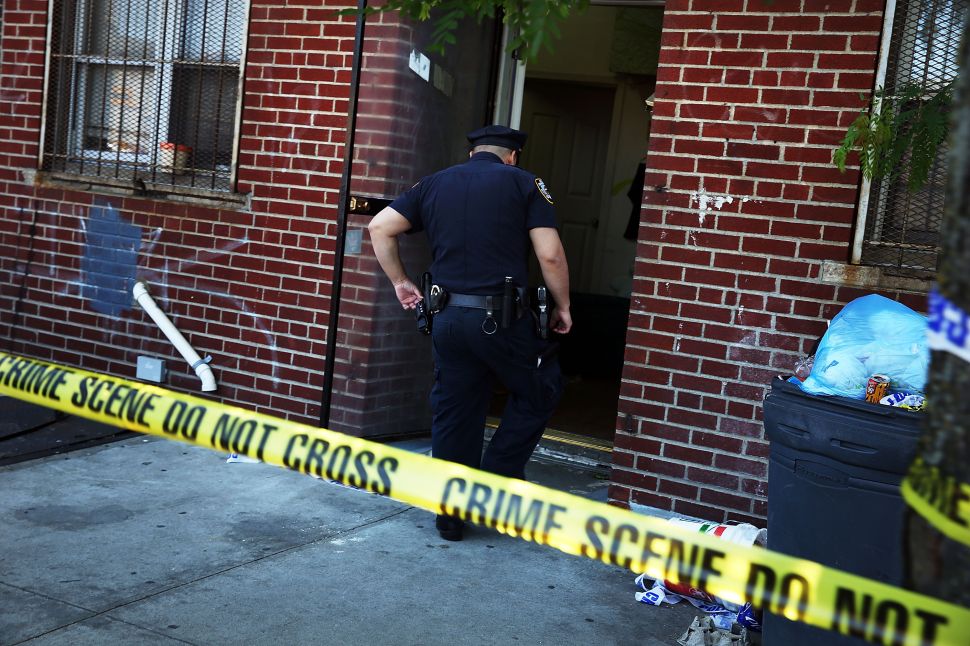