Manhattanites can soon fight over artisanal pickles, too. (Flickr/Nicole Franzen)

Smorgasburg, the beloved Brooklyn celebration of all things weird and wonderful about the borough’s food, is coming to Central Park next month. While four Smorgasburg vendors and the food fair’s wine and beer program have already been servicing Central Park’s SummerStage at Rumsey Playfield, the fair has bigger plans for the park.

Presented as a “preview of 2015,” it’s set to expand to 30 vendors, including the likes of Mighty Quinns, Ramen Burger and Milk Truck (excuse this puddle of drool) and a showcase of a yet-to-be-named DJ. The event will also feature newcomers like Dan & John’s Wings, Carnal, East Coast Poké, El Super and Fleisher’s. We’re already strategizing our meal plans… it may require a funnel.

The Manhattan Smorgasburg is currently only slated for Friday, September 19th, from 5-9 p.m., but if the night goes well, it could become a permanent thing. According to Smorg reps, “if tons of you show up and it goes great, maybe we’ll do it on the regular next year.” I guess we’ll start sewing the elastic in our waistbands now… 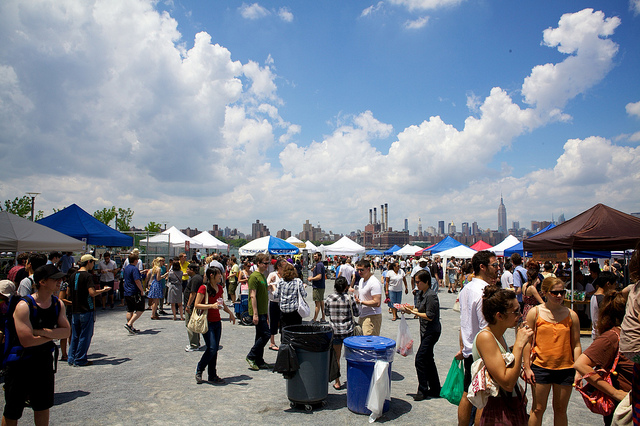