Grand Theft Auto is such a lightning rod for controversy, sometimes it’s hard to remember it’s just a video game.

The latest in WTF moments for the franchise: some gamers have modified the game so that they can simulate rape, the Daily Dot reports. More from the Dot:

They are able to change their character model to be a fully nude man, grab their opponents, and lock them into a sexual animation. The nude model will thrust his or her pelvis into their backside as if they were, well, raping them. The annoying part is that the other player can’t escape until the modder chooses to release them.

In the below video, a user’s avatar struts around with his pants around his ankles while a dozen or so other players perform a synchronized dance? And then the pantsless guy starts to rape another male avatar. The whole thing is really bizarre.

GTA enthusiasts have a reputation for being misogynistic manboys, similar to the worst redditor stereotypes but with a penchant for simulated violence thrown in. Stuff like this doesn’t help. 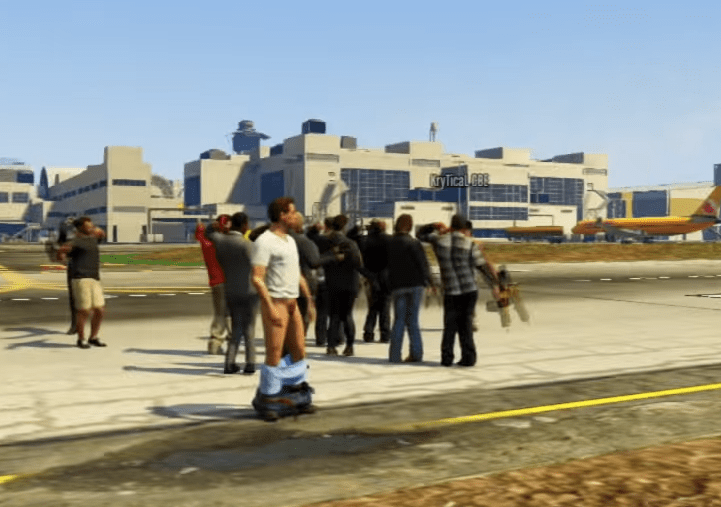