As elected officials from outside the borough have questioned whether Eric Garner’s death can get a fair investigation and trial in Staten Island, another fellow Republican elected official rose to the defense of Staten Island District Attorney Daniel Donovan yesterday.

Mr. Oddo pointed out that Mr. Donovan, whose office is tasked with investigating the death of the unarmed 43-year-old black man who was put in an apparent chokehold by police, once worked for legendary former Manhattan District Attorney and Democrat Robert Morgenthau.

“I ask myself, and I think it’s a fair question to ask, what is this grounded in? What is the rationale for it?” Mr. Oddo asked of the call to take the case from Mr. Donovan. “And it’s not based on anything objective — you can’t point to anything. He is a Robert Morgenthau protégé, and no one is know for as being by the book as Robert Morgenthau.”

Mr. Oddo said he could only assume the allegations that Mr. Donovan, elected in 2003, is not or cannot properly handle the investigation were based on his political affiliation.

“I think it actually is so overtly political that on its face it kind of dismisses itself,” Mr. Oddo said. “Really, let him do his job.”

Mr. Donovan has easily won re-election on Staten Island, where he has focused on issues like battling prescription drug and heroin abuse, a scourge in the borough. Save for a failed 2010 GOP bid for attorney general, Mr. Donovan has maintained a relatively low profile citywide.

“He is as by the book as they come — and he has a few political scars to show for it,” Mr. Oddo insisted.

The most visible political scar for Mr. Donovan was his rift with former boss James Molinaro. When the then-borough president’s grandson was arrested in 2007, Mr. Donovan — a former deputy to Mr. Molinaro at Borough Hall — recused himself from the case due to their relationship. He called for a special prosecutor, infuriating Mr. Molinaro. According to the Staten Island Advance, the falling out meant Mr. Donovan was not invited back to Borough Hall for seven years, until Mr. Oddo took the reins in January.

While the current request for a federal prosecutor from six members of Congress focused on Mr. Donovan — there is “no indication that the local district attorney is prepared to aggressively prosecute this case,” they wrote — some activists have wondered whether a jury in Staten Island could give fair consideration to the case.

“I can infer and I think people can infer things from that that I’d rather not speak to — because this has got to be a time for rising above such divisive talk,” Mr. Oddo said.

In fact, Mr. Oddo — normally outspoken and quite quotable — has said little in the wake of Mr. Garner’s death. His office released a statement the day after it occurred, but he did not appear at a now-controversial City Hall round table of local leaders that included Rev. Al Sharpton.

Mr. Oddo praised Councilman Vincent Ignizio, the body’s minority leader and fellow Staten Islander, for being among the first to publicly back Mr. Donovan in a New York Post editorial. Congressman Michael Grimm, another Republican but one with whom Mr. Oddo does not often agree, also backed Mr. Donovan yesterday.

It’s a time, he said, for “speaking in measured and rational language” — and the calls for Mr. Donovan not to prosecute the case, he said, “is an example of it going off the rails a bit.”

“I think it’s important to not to go down that path, but to be willing to say to the public: look at the man’s record. And there’s nothing in his record that should give anyone reason to question his professionalism,” Mr. Oddo said. 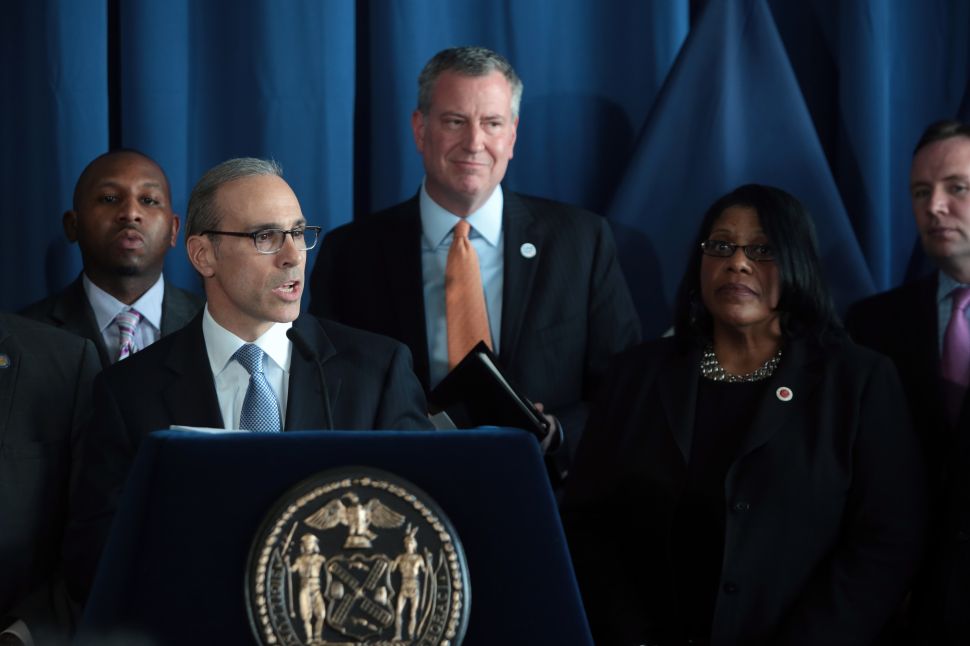