Looking for a few minutes of fantasy, or contemplating a yacht purchase? The very latest incarnation of the Palmer Johnson SuperSport, launched at the end of July, offers every conceivable luxury. The key difference between her and other superyachts lies in the knife-like design of her hull. The front end cuts through the water, while a special stabilizing structure prevents that up-and-down crashing motion as she ploughs through the waves at speed.

Crafted from carbon fiber with a maximum speed of 32 knots—fast—the SuperSport is 48 meters in length. She sleeps 12 guests and nine crew, so there’s plenty of room for the in-laws. A 27-meter “beach club” deck, plus an aft deck, fold-down balcony and 35-meter “sky lounge” mean you need only bump into awkward guests at mealtimes. Which you won’t be preparing of course, space for nine crew means the chef and housekeeper won’t feel cramped during their downtime.

Superyachts are super in a number of ways, the key one being price. Mainly spotted in the Mediterranean, thanks to closer proximity to Russia and the Middle East, where most of their owners or renters abide, each one is unique. They have names such as Air or Azure and represent the final frontier of luxury when you’ve run out of everything else to spend your billions on.

Yachting brokers suggest approximately a million dollars per meter of length to actually buy a superyacht, then around another $1 million or $2 million a month for docking, maintenance and crew. Chartering one for a week comes in at around $500,000, but the experience is akin to renting your own mobile resort. Modern versions come with extras including foldout decks over the water, inflatable slides and nets creating a natural but safe sea pool alongside, plus jet skis, water bikes, power boats and inflatables. Some also feature a helicopter and pilot. All that is missing from the average superyacht is the casino at Monte Carlo and a circus of dancing horses. Easily arranged if desired, though. 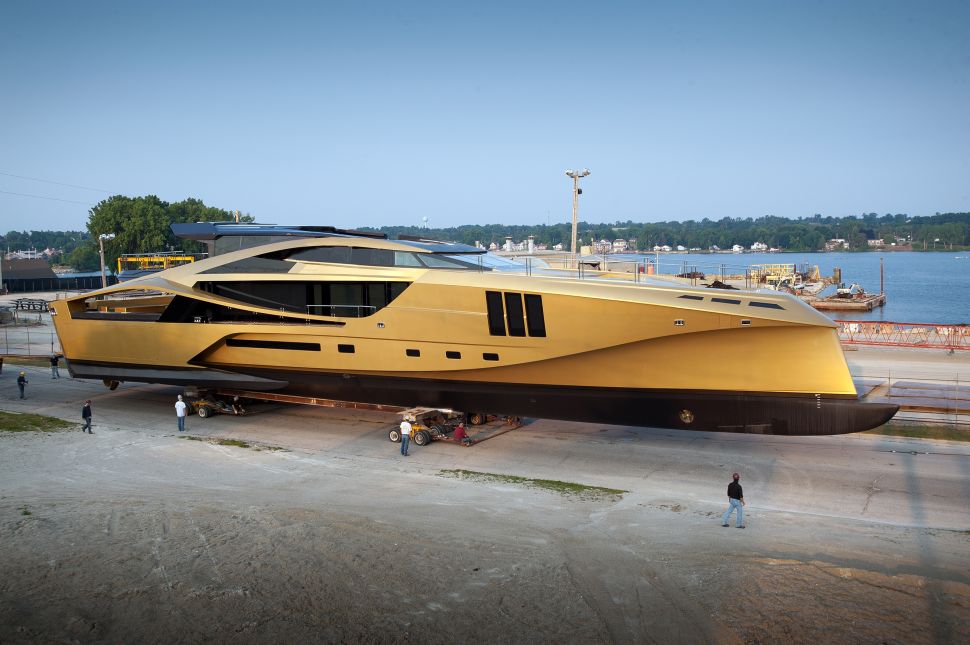