Accepting NOW’s support on Women’s Equality Day in front of a statue of Eleanor Roosevelt in Manhattan, Ms. Teachout described herself as a “lifelong feminist”–then blasted Ms. Quinn for backing Mr. Cuomo and his new Women’s Equality Party. The Fordham professor said that Ms. Quinn’s record showed she is in fact no advocate for women’s rights

Ms. Quinn long kept the original version of paid sick legislation from coming to the floor for a vote, and eventually voted in favor of a compromise bill the current City Council and Mayor Bill de Blasio promptly expanded on taking office.

Ms. Teachout also attacked the Women’s Equality Party, which Mr. Cuomo–with Ms. Quinn’s help–created this month by gathering 90,000 signatures. The party is intended to focus on women’s issues, but Ms. Teachout argued that Mr. Cuomo’s former tacit support for a Republican-run State Senate prevented the passage of the Women’s Equality Act–which would enshrine the right to an abortion and a slew of anti-sexual harassment and discrimination laws.

“The last time I checked, the Democratic Party is a women’s equality party,” said Mr. Wu.

Ms. Quinn fired back at the duo, noting that Ms. Teachout has lived in New York less than a decade, and rattling off a list of her accomplishments on women’s issues.

“With all due respect to recent New York transplants, I don’t remember seeing them standing with us as we passed a clinic defense act, passed a bill outlawing so-called crisis pregnancy centers, or passed laws that banned discrimination against pregnant women in New York,” said Ms. Quinn. “These are all things I accomplished for New York women while leading the City Council and before some had a New York zip code.”

“That’s the same Tim Wu — let’s be clear — that’s the very same Tim Wu who called the women’s suffrage movement a ‘little issue,’” Ms. Quinn said. “So I don’t really have any regard for what Tim Wu has to say about what Kathy Hochul has done for women, when he thinks Susan B. Anthony and Elizabeth Cady Stanton and other women who literally put their lives on the line, that what they did so I could vote and all these women could vote was a ‘little issue.’”

According to the Daily Beast, Mr. Wu’s said aloud during the “Ask Me Anything” discussion: “Net neutrality is like women’s suffrage in the teens or ’20s. It’s its own little issue. In the ’20s, most people didn’t care about women’s issues, except for women’s groups. That’s what it’s like with net neutrality.” The candidate for lieutenant governor accused Ms. Quinn of dishonestly taking his words out of context.

Seven of the 11 candidates running on the new WEP line are men. 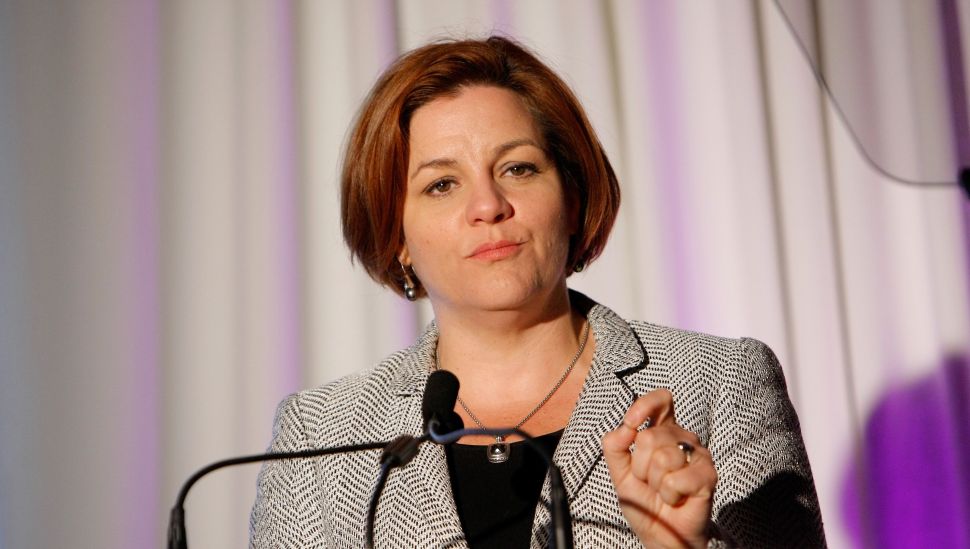