The Green Dream at The LCL
(Photo: The Gerber Group)

In the not too distant past, Sunny Delight was considered a perfectly acceptable form of juice. Artificial, gaudy, nuclear looking in its hue, its popularity only began to dwindle when reports emerged that a young child had overindulged in the beverage and, overnight, had turned a particularly lurid shade of orange.

Nowadays, New Yorkers shudder in collective horror at those memories, cocooned in the comforting embrace of the Fresh Pressed Juice Movement. Yet, as the humble juice has flourished into the lifestyle choice that it represents today, with self-declared juicers Instagramming their every creation, it is now stealthily stepping outside the confines of its soft-drink area of expertise. Now cookies are made with kale and tea is infused with turmeric. So what could possibly be next? Cocktails, apparently.

The trend began to rear its herbaceous head at The Wayland a couple of years ago, where mixologists would whip up a Garden Margarita for their health-conscious customers–a disturbing blend of tequila and kale. Not to be trumped, Hotel Americano added a counter-intuitive sounding Detox Bellini to its menu, boasting a fusion of apple, celery, wheatgrass puree and chlorophyll. This summer, Michelin starred Rouge Tomato have experimented yet further, offering their diners the Spring Pea Mojito, which is flavored by an intimidating mix of vegetable puree and Nikolaihof biodynamic elderflower syrup.

It is, however, the LCL Bar & Kitchen that has managed to fuse the divergent arts of juicing and drinking most spectacularly. Their Green Dream Cocktail is made from vodka, organic cucumber and lemon juice, which is then artfully mixed with fresh cold-pressed juice ordered directly from Organic Avenue, the high-end juice peddler.

“We are responding to a cultural trend,” explained Zach, LCL’s mixologist. “This is our response to health, to eco-fashion.” He described the average routine of his customers. Generally, they work out, grab a (virgin) green juice and then, not content with their fill of antioxidants, they flock back later on in the day, keen to loosen up a little. It is Organic Avenue at its naughtiest. The Green Giant at The Clover Club
(Photo: Shannon Sturgis)

Elsewhere in the city though, the rumbling sounds of dissent can be heard. For many New York-based mixologists, the emergence of the vegetable-based cocktail heralds the arrival of a dynamic, exciting new movement which is utterly divorced from the purifying practice of juicing.

Tom Macy, of Clover Club fame, cannot take the notion that some people are approaching drinking from a health-nuanced angle seriously. He works with vegetable juices frequently but, for him, the motive is purely creative. He came up with his Green Giant cocktail because he changes his menu seasonally. “Necessity is the mother of invention,” he said. “The cocktail renaissance had been happening for over a decade and all the classics had been done.”

The gin and sugar-snap based cocktail was born when Mr. Macy was browsing the vegetable section of his local supermarket. “Health,” he laughed, “has nothing to do with what we are doing. I’m sure someday someone will make a kale cocktail that will be delicious, but for us, it’s about innovation.”

Seasonality is a motivating factor for many mixologists across New York. Like many chefs in the city, they are becoming increasingly determined to use only fresh ingredients.  At the Gotham Bar and Grill, the fiery Beet Moradita was inspired by their commitment to the nearby Union Street Market. “This is not a trend but drinks advancing,” said their Beverages Manager, Heidi Turzyn. “It is about us growing as consumers and working with nature.”

Tamer Hamawi, the charming owner of Brooklyn-based restaurants Colonie and Gran Electrica, is a firm advocate of the vegetable-based cocktail. Although he is a keen juicer himself, he believes the movement is less about well-being than using produce responsibly and sustainably. “Vegetable juices are something that will stick about, but the health aspect of it?” he said, rolling his eyes. “It has no legs at all.” Jorge Guzman, mixologist at recently opened Mexican spot, The Black Ant, in the East Village, assuredly confirmed that vegetable cocktails will be a permanent fixture on menus across New York. He is convinced the movement will continue to evolve rapidly. Expertly serving up a beet-based cocktail on his polished bar, he conspiratorially described an autumnal drink he is working on for the fall, which will be flavored with sweet potato and infused with apple bitters and chocolate. Hardly one for the health-heads.

What some seem to be forgetting, then, is that it is impossible to drink and detox simultaneously, even if the Organic Avenue aficionado’s tell you otherwise. The notion of the super-juice cocktail is the archetypal New York fad in all its glory.

No wonder then, that the best mixologist’s in the city are frustrated, amused and slightly baffled by the frequent misrepresentations of the vegetable cocktail. For them, the real potentiality of this movement is being tarnished by the chia seed, the spirulina shot and their family of detoxifying relations. As Bryan Schnieder, mixologist at General Assembly, explained, people who work behind bars in New York are creative and, for them, their cocktails are examples of their art. 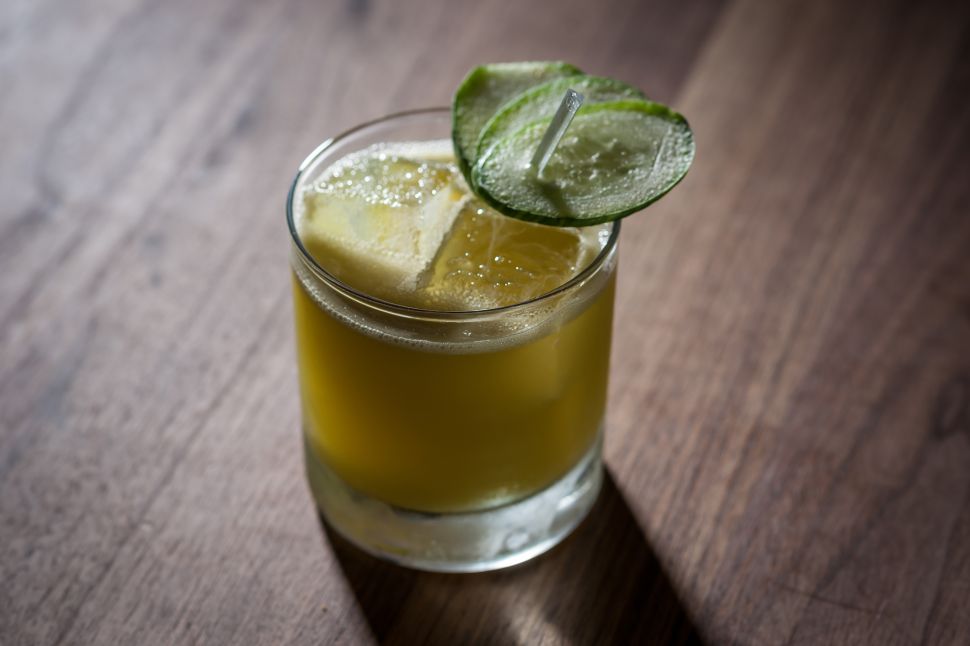