The indictment of Texas Governor Rick Perry does not allege a crime as a matter of law. Instead, it is the most egregious example to date of a blatant attempt to distort the law for political ends and criminalize lawful conduct, all in violation of fundamental constitutional principles of separation of powers and the doctrine of fair warning. The indictment does not even state a criminal offense. It’s a sham that never should have been brought, and it should be dismissed at the first opportunity.

Whatever one might think of Rick Perry as a presidential candidate, or some of his political positions, the State of Texas has been thriving.

As a lawyer, a Texan, and an American, I was shocked to learn Friday night that Governor Perry was indicted—and even more shocked upon reading the “charges.” They stem from his threat and eventual veto of a specific appropriation for the Public Integrity section of the Travis County District Attorney’s office. The threat was made after the DA herself, Rosemary Lehmberg, flunked Public Integrity 101, pleaded guilty to drunk driving, and went to jail—refusing to resign her office upon request of the Governor and many others.

This meager two-page indictment has no legal basis. Rather, it’s an extremely creative view and novel use of two Texas statutes. A special prosecutor obtained this indictment from a Travis County grand jury, charging Governor Perry with two felony counts: first, abusing the powers of his office by threatening to veto a bill that would fund Ms. Lehmberg’s “Public Integrity” unit, and second, coercing a public servant.

Several defenses immediately come to mind that should result in the outright dismissal of the indictment against Perry. The conduct alleged in the indictment does not fall within the criminal elements of either of the two statutes alleged.

1) Governor Perry didn’t “misuse government property” within the elements of the statute cited in the indictment.  None of the statute’s elements applies to these circumstances at all.

2) It’s not a crime or abuse of power to “threaten” to do something one has the lawful power and right to do.  The Supreme Court’s decision reversing the conviction of Arthur Andersen stands for that general proposition. Although many of us might have suggested a different approach, Mr. Perry was lawfully entitled to exercise his veto power over the funding proposed for no reason at all. The statutes on which the indictment relies do not criminalize the conduct alleged–probably because exercising the Governor’s veto power is not a crime.

3) Exercising that lawful right or power—the veto—or making the public threat of a veto—is not coercion in the context of the criminal statute. Andersen provides support for that premise also. Coercion, like “corrupt persuasion,” implies some criminal intent and action that one does not have the legal right to do—like threaten physical harm or impose some unlawful pressure. It’s hogwash in the context of the Governor’s use of his veto power to stop funding here.

4) Rosemary Lehmberg was not only falling down drunk, but according to the arrest affidavit, was “driving for about a mile in a bike lane, swerving and veering into oncoming traffic.” The paper said that “investigators found a bottle of vodka on the passenger seat of her four-door Lexus.” Ms. Lehmberg pleaded guilty and served only half of her 45 days in jail.  She refused to resign, so I gather she didn’t feel very coerced.

5) The indictment violates important constitutional principles of “fair warning” as in Andersen and separation of powers. Our three-branch system of government functions with multiple checks and balances of each branch over the other—the veto power of the executive being an important one of those checks over the legislative branch.  Perry had the constitutional authority to exercise that check. Governors do so constantly without being indicted. If sufficiently important, the legislature could have overridden Perry’s veto.  Any other correction needed, the voters can provide.

6) As Ninth Circuit Chief Judge Alex Kozinski has said repeatedly, including in the foreword to my book Licensed to Lie: Exposing Corruption in the Department of Justice, there is an “epidemic” of prosecutorial misconduct in this country—especially in high-profile cases where a prosecutor can grab headlines. It’s hard to imagine a higher profile criminal case than one brought against a sitting governor who has run for president once and may do so again. Politically-related prosecutions are super-charged with problems, and torturing statutes to create crimes out of conduct that is not criminal has become a burgeoning industry for creative prosecutors fueled by their own ambitions.

If this indictment isn’t dismissed on the Defendant’s first motion, then we need to reconvene that grand jury to review a multi-count indictment on a slew of charges against Barack Obama, Eric Holder, Lois Lerner, and many others in the federal government who have threatened, coerced, and harassed countless Texans, banks, businesses, and citizens with actions and consequences—including sham indictments, criminal prosecutions, actual and threatened imprisonment–far more pernicious and insidious than an executive veto. Allowing anyone to abuse the criminal justice system and the extraordinary power of a prosecutor even to persuade a grand jury to obtain an indictment like this sets a frightening and chilling precedent.

Regardless of Ms. Lehmberg’s crime or Governor Perry’s veto, the “indictment” of Governor Perry does not allege an actual crime, and it must be dismissed as a matter of law. 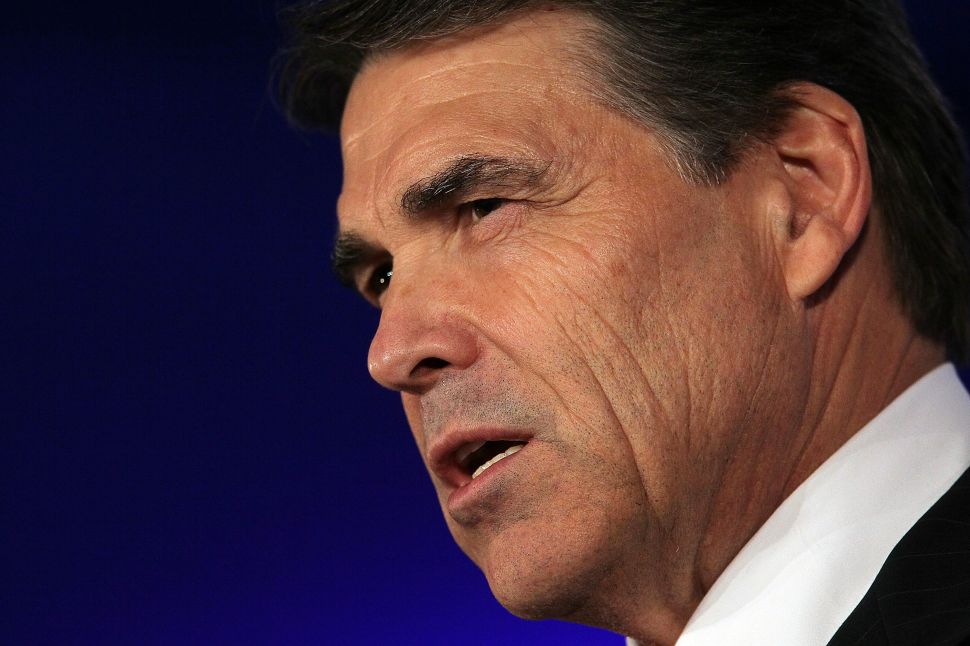