Laurie is pulling down signs about her dead friend and beloved smoking buddy, Kathy Geiss. She sees her daughter, Jill, and is all: Jill gives it right back.

Jill and her new friends (wait, Jill has friends? As in, plural? Are they all trying to sleep with her dad?) are playing a new fun game in the woods. It’s called “Locked in the fridge.” It’s exactly how it sounds.The werewolf from Twilight doesn’t even make it a whole minute. Jill is going to show him a thing or two about slowly asphyxiating in a small, dark space!!

Sheriff Crazy Bagels is on a date with Nora, whose sad was hugged right out of her. They are laughing so hard at Sheriff Bagel texting his daughter about getting laid. Remember, Nora is the same lady who said “Fuck your daughter” last episode, causing Bagel’s lapels to grow three more buttons on them. They’re having fun. Jill, not so much. When Jill beats the record for Most Time Spent in Fridge, everyone celebrates. They let her out. Now it’s very upsetting, but luckily an old white haired man comes to save the day. Who is it? Grandpa! “Don’t tell your dad you saw me!” He says to Jill, before repeating a magical rhyme, doing a dance on his cloven hooves and skipping back into the forest playing his lute.

Meanwhile, somewhere, Christine is sick. Sick with baby? No, sick with Death Flu. Tom tries to get her to eat something, but he’s just a big, dumb bear. He goes to buy Christine medicine, but the pharmacy rep is like Hey, I didn’t create the emoticons. Wayne wants money. Elsewhere, Nora hoses down Liv Tyler, and we find out/remember that Sheriff Crazy Bagels father is the former Sheriff Crazier Bagels, so that means he’s escaped from the mental hospital! Somehow! Also, we learned he burned down a library at some point. SCB goes to confront the Mayor, who hasn’t seen his dad. Oh well, out of options, Sheriff? Nope! He can always go home and hallucinate! A lot happened in this weird dream sequence, but I think I captured it pretty perfectly. Sheriff CB Sr. beats the shit out of a cop and a library and shows up to his granddaughters house to ask for $200 and some tranquilizers for the dog outside. Jill called her dad though, who shows up to take his father back to the mental hospital. Which is being peditioned by the GR, or something, so SCB Sr. is able to make his getaway while his son is distracted by literally shoving his ex-wife in her stupid fucking white robe. See if you can spot his old man hiding in the crowd! Moving on: Amy is buying weird stuff on the Internet at Jill’s. Does she not have her own family? Then she tries to get in Sheriff Crazy Bagels’s face about not remembering how he brought home a rabid dog the night before. Quite correctly, he’s all “Shut up or GTFU.” One thing you can say about the Sheriff of this town: he may be 100 percent certifiably insane with a family history to prove it, and he might experience frequent blackouts, hallucinations and memory blackouts. But he’s not gonna hit on his daughter’s friend. Instead, it’s time to feed his new pet some Crazy Steak! He finds the rolled up money in a Jiff jar that we’ve seen Pastor Matt dig up once. So now Sheriff Crazy Bagels is onto him! And THAT’s why daddy wanted to tranquilize the dog!

Tom finds out that Christina isn’t the only Asian girl he’s slept with, impregnated and put in a safe house. So you KNOW he’s pissed about this love triangle. She tries to kill Tom for all the bad news, because bitches be crazy? I don’t know. Sheriff Crazy Bagels recaptures his dad to bring back back to the hospital. They check in with each other about how bad parents these turned out to be. Weird choir music plays in the background. He runs into Pastor Matt and has sex with Nora.

Liv Tyler, words greatest tattletale, writes Laurie that her husband if having an affair with the woman who shot them with a hose earlier that day. Oh yeah, that happened. In the end the Sheriff finds his old uniform (thank GOD, I was getting worried!) and then has an adult sleepover at Nora’s. The next day Crazy Bagels to ask she got that National Geographic she was carrying around, but she was lying: her granddad gave it to her. Oh no. Tom is coming back to take care of Christine, but instead finds blood all over the floor. Don’t worry, classic bait-n-switch…she’s had her baby! That part was pretty hardcore, but if Paz could do it, so can Christine. 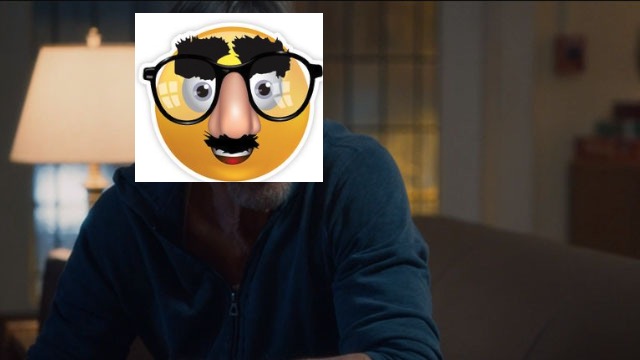