In what is set to be one of many firsts to come out of New York’s recent legalization of medical marijuana, Sunday’s New York Times ran its first full page ad promoting a marijuana company–Leafly, the so-called “Yelp for weed.”

An information resource for specific marijuana strains and corresponding vendors, the cannabis company carries the tagline “Just Say Know,” in a campaign to increase awareness of weed’s uses.

The color advertisement is the company’s first in a mainstream publication, not to mention the first consumer cannabis ad to be printed in the Times, which has, until now, only published ads for advocacy groups. Following the paper’s recent editorial in favor of legalized marijuana, the campaign comes at an ideal time for Leafly.

“One of the ways you knock down the Berlin Wall of Prohibition is by talking about cannabis in a mainstream way,”  Leafly Chief Executive Brendan Kennedy told the Wall Street Journal. “We’re continuing to look at other mainstream publications that would be open to this type of advertising.”

The ad depicts a man and a woman who use different types of marijuana to manage pain stemming from serious illness. In a WebMD-type symptom selector, Leafly users can match their symptoms with the best strain of marijuana to control their pain. Been recently diagnosed with cancer? The website suggests “Hashberry.” Fatigued? Try “Super Silver Haze.”

Though it will take at least 18 months for the state to establish regulations and greenlight the sale of medical marijuana, Leafly is ready to set up a database of vendors (also available on the company’s mobile app), as it has for Colorado, Washington, Michigan and Canada, among others.

Leafly was not the only marijuana organizationto run a full page ad in the Times on Sunday however. Grassisnotgreener.com, associated with Smart Approaches to Marijuana, also ran a full page ad highlighting the dangers–specifically the corporatization–of legalizing marijuana. According to the site, the ad was a reaction to the same editorial that pushed Leafly to publish their ad. 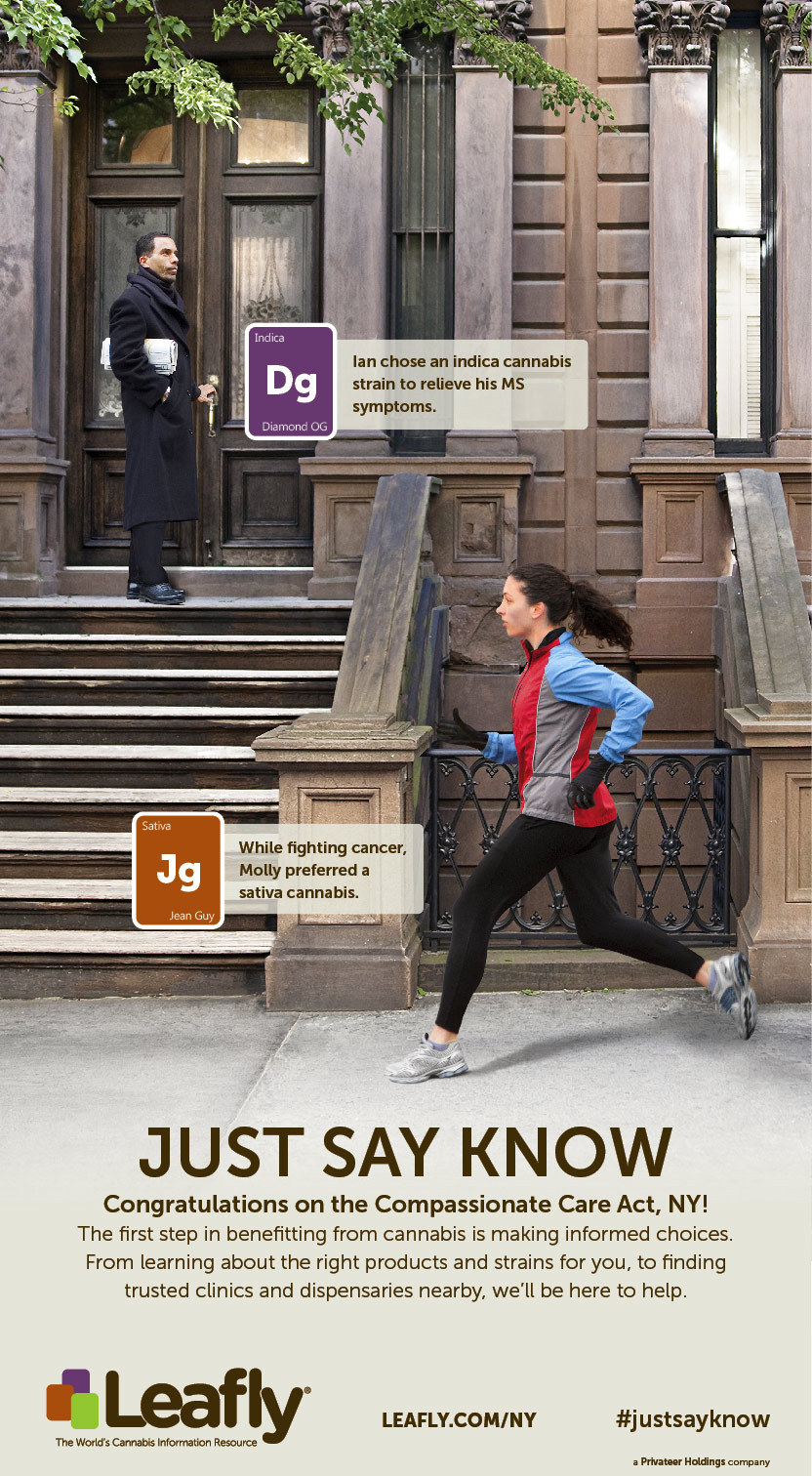