Anyone with Facebook knows what it’s like to be solicited by some annoying friend for a Kickstarter campaign to fund their upcoming album or MFA film thesis. But beware: it turns out that sometimes, that spirit of charity can give way to compulsively giving money to every campaign that needs it.

“Backers” is a possibly upcoming documentary about compulsive crowdfunders by Ana Barredo, a filmmaker and production manager. She originally set out to take a look at why people give money to crowdfunding projects in general, but stumbled upon a subset of users who seem unable to stop donating to hundreds of campaigns at a time.

“Some people just cannot stop backing, and are giving money to pretty much anything that catches their fancy,” Ms. Barredo told Betabeat.

The more she started digging around, the more she found various profiles of backers who had been backing hundreds of projects, throwing their disposable income at whoever needed it. One person she found had contributed to over 1,300 projects. Even if all of those were single dollar donations — and Ms. Barredo insists they probably aren’t — that’s some serious cash to dole out on other people’s dreams.

Ms. Barredo also noticed was that there’s an element of gamification on Kickstarter that drives people to contribute to more than just one or two projects. For example, there’s a section on each person’s profile to keep track of the different kinds of projects they’ve backed — art, music, design, etc. — and she’s spoken to backers who have compulsively tried to put a check in each of those boxes.

“They’re completists,” Ms. Barredo said. “Sometimes, they see a project that’s almost there, and they’ll just finish it. It plays into their addictive, compulsive personalities.”

Ms. Barredo still has most of the production and planning ahead of her, and she’s not entirely sure what to expect. She just sees it as a big mystery that needs solving, but hopes the story doesn’t become too dark.

“I know, I know,” Ms. Barredo says, laughing nervously over the phone. “Do you think that’s a conflict? I don’t know.” 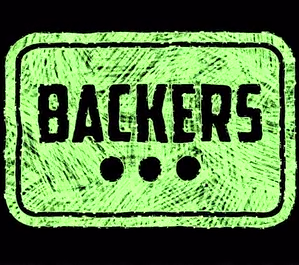