Meanwhile, in Finland. (Screengrab via Wimble)

At Betabeat, we consider ourselves connoisseurs of the Kickstarter horror story. Usually, the strange videos we’ve come across have been poorly made home videos — honest attempts by clueless civilians. Sometimes though, you find that perfect marriage of high production value and complete WTFness.

The crowdfunding video for a productivity app called Wimble looks like Barney Stinton’s video resume meets The Room. In it, a Finnish man wearing all black errthang is chased through an urban dystopia by a swarm of flying clocks before discovering the almighty Wimble.

In a sudden Christ-like transformation, he is delivered from the sky like a demigod by two flapping birds, whose flitting wings are apparently powerful enough to slowly place this line-backer sized Nordic man carefully into a football arena. As he zaps people’s angry faces into emojis, fighter jets fly overhead, carpet-bombing him with apps as he becomes “godlike” — “epic multifive!”

There’s another Wimble video that features a fake rock group called “Counting Lifeboats,” whose band logo seems to be a ripoff of The Verge’s, only upside down. Frankly, it’s refreshing to see a crowdfunding video that doesn’t look like a glossy TED talk from a pair of bespectacled hipsters in an exposed-brick Brooklyn loft. The video pitch is an enormous part of what makes a crowdfunding video success — for that reason, we applaud Wimble’s bravery.

Unforunately, the Indiegogo campaign has only managed to bring in about $1,000 of their $20,000 goal, halfway into the campaign. If they can’t manage to raise the rest of the money outside of crowdfunding, we’ll all be robbed of the opportunity to earn the adoration of freeze-frame cheerleaders of our own. 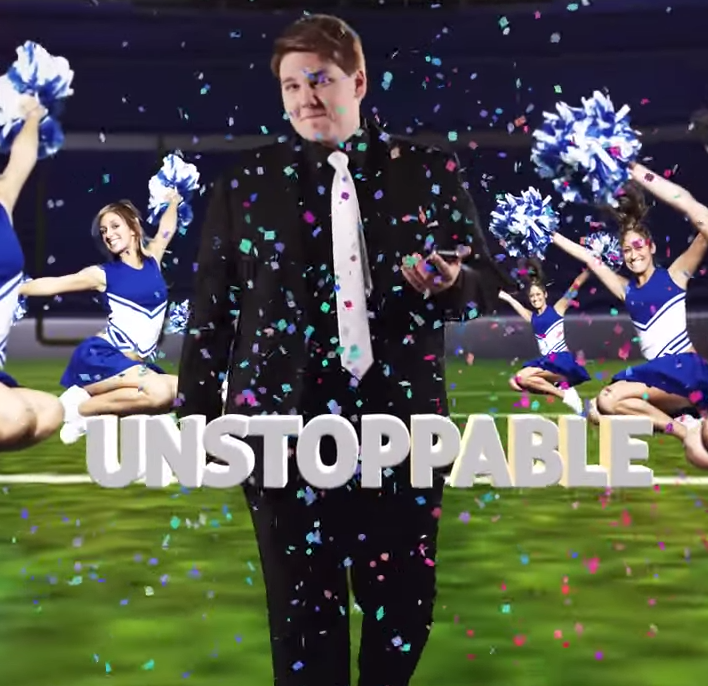