Jay Fielden is the editor in chief of Town & Country magazine. He was interviewed in his office in Hearst Tower.

Are there authors you read, people you talk to, to take the temperature of your audience at Town & Country? I have a favorite Kenneth Tynan quote: “Rouse tempers, goad and lacerate, raise whirlwinds.” To do this at T&C—and not wreck the ship—you have to coat it with elegance and aplomb. I don’t pretend to get it right all the time, and I keep in touch with a lot of people to give me honest feedback. I want to know the magazine comes across as amusing and well-written, and I have Jay McInerney, our wine critic, or an old friend like Jeff Eugenides to skewer me if not. I want to know that the magazine feels sufficiently surprising, even to the worldliest of women, so I make sure to take Denise Hale and Lee Radziwill to lunch several times a year. Does our fashion photography look good enough? I trust Tomas Maier’s opinion on this more than almost anyone’s. And there are many a modern swan who I’m zinging emails at to make sure the mag touches that zeitgeist: Alexandra Richards, Liz Goldwyn, Kick Kennedy.

When you got here 20-odd years ago from Texas, did being an outsider give you some perspective on this? Initially, I suppose, there was this fear of being found out! It was an anxiety that pushes you to study what or whom you want to be accepted by. I think I’m authentically me, but I try to be self-aware enough to know what part of my self-presentation might be telling people I was born in the West Texas oil patch. Twenty years on, I’m not ashamed of it or trying to hide that I’m a descendant of cowboys and roughnecks, not Mayflower bluebloods. Plenty of New Yorkers love to look down on the hinterland idea of society , but the worst snob is almost always a parvenu himself. As a magazine, we try to tap that balloon-popping spirit, especially in the era of the .001 per cent. You find a lot of human folly when people have too much money or fame and don’t know what to do with it.

Mayor de Blasio started off his term at odds with the Upper East Side, then seemed to temper the rhetoric of class warfare. What did you make of that? Even if it was just rhetoric, it’s rhetoric that people don’t forget. I don’t think Machiavelli would have advised him to say things like this. If those are the mayor’s feelings, he’d be able to move pieces on the chessboard a lot more swiftly if he didn’t let everyone know his plan of attack. I think there are a number of interesting distinctions between De Blasio and Bloomberg – one goes to the Mermaid Parade, and the other goes to the Met Gala. The beginning sentence of Bonfire of the Vanities is about a mayor obsessed with Park Avenue. Some twenty-five years later, we once again have a mayor obsessed with that zip code but for very different reasons. Some of the inequalities in this city that De Blasio wants to change are certainly noble. We’re living in an age where Thomas Pikketty is causing a furor with his book about the rich getting richer, and that larger conversation—taxes, banker’s pay, the habits of the uber rich—is being reported daily in the pages of the Wall Street Journal and the New York Times. For T&C to offer a substantive take on that debate which fills in some of the missing links as only we can do is terribly exciting. It’s a unique role for a magazine that is also quite pleasurable to behold. 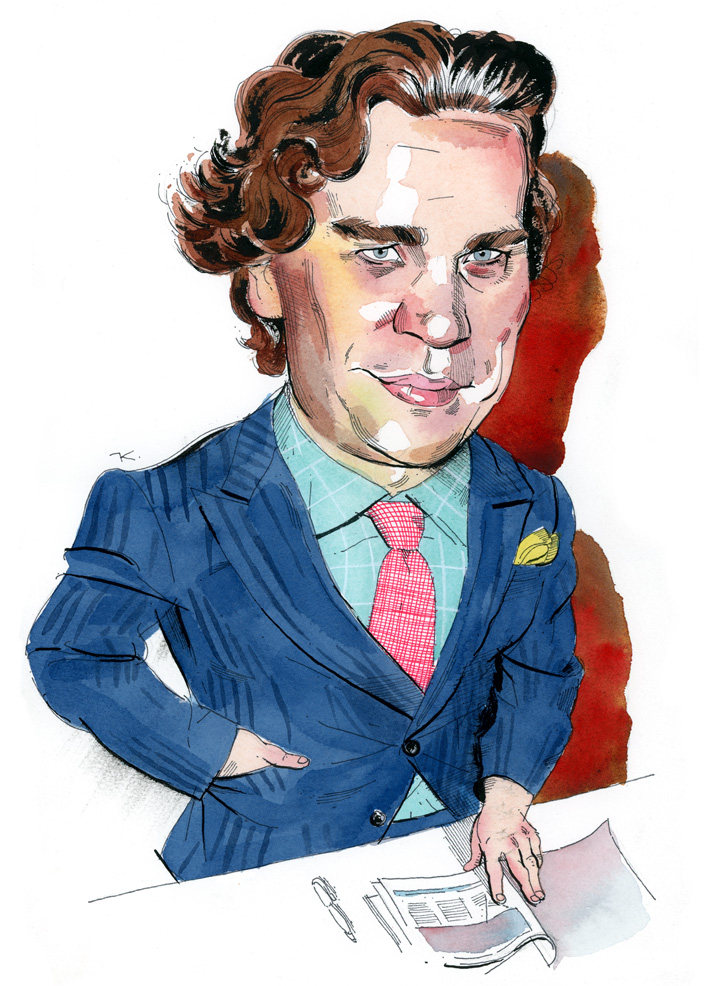