Another Toynbee Tile has been uncovered at Greenwich Street and North Moore, this time in front of the Tribeca Film Festival headquarters, according to Gothamist.

Toynbee Tiles were first recorded in the ’80s as the crop circles of busy city streets and have since been covered by the Times, NPR and conspiracy theorists everywhere. Heck, there’s even a documentary about them.

These license plate-sized secret messages have graced the pavements of cities all over the world and are apparently made using linoleum, asphalt glue and tar paper which work together to bake them into the sidewalk. According to Phillyist, they generally appear at intersections and consist of the same eerie phrase with minor variation: “Toynbee idea / Resurrect dead / Movie ‘2001’ / Planet Jupiter.”

Our top-notch street tile analysts at the Observer are baffled, but you’ve got to admit that every segment of that phrase would make an excellent band name. 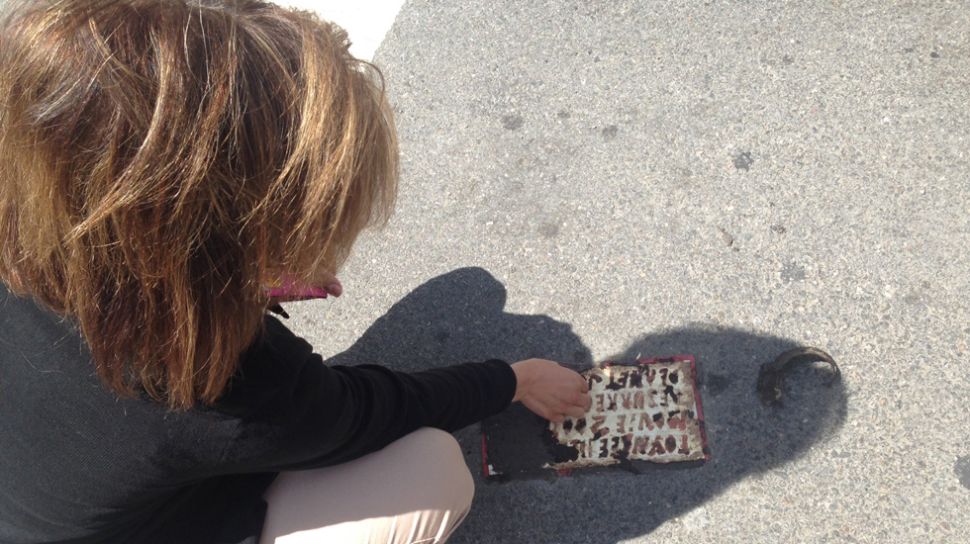