Google Street View’s car stops for no one — even if you’re cute and cuddly.

The Internet is perking up its collective ears at a series of pictures on Maps showing the search company’s car possibly mowing down a dog and leaving it to die. It happened on a highway in Chile, and if you view it frame-by-frame, it looks like the little dog was minding its own business, then boom, it’s seen lying motionless on the road.

So, is Google employing a killer? A spokesperson told the Daily Mail that it’s looking into the situation:

‘We’ve taken security measures and have guidelines in place to protect people, and animals, as we drive thousands of kilometers to bring useful and relevant information to maps users around the world. We are reviewing the imagery to try to understand and maybe inform what happened.’

Maybe the dog’s name was Apple. 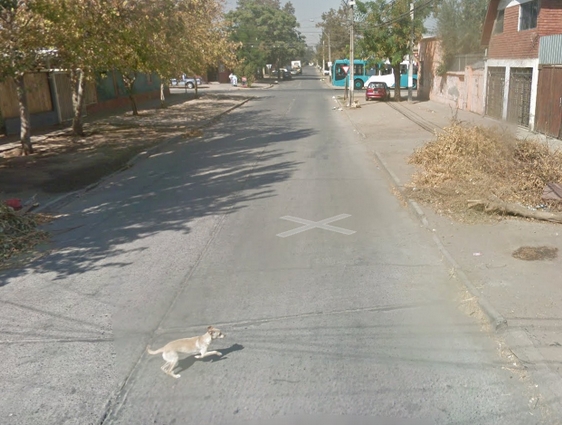