A rendering of the Fifth Avenue flagship, courtesy of Valentino

When you think of the Valentino brand, rockstud pumps in lacquered neon yellow and edgy ad campaigns spring to mind. Since creative directors Maria Grazia Chiuri and Pierpaolo Piccioli took the design helm in 2008, the fashion house has taken an edgier, younger direction. Recall Kim Kardashian and Kanye West’s pre-nuptial Valentino ensembles in Italy. Or the recent addition of Valentino accessories at Intermix stores.

Now with the opening of a new flagship on Fifth Avenue, the brand continues to reinvent itself. The fashion house has converted the space—formally occupied by the Japanese department store chain Takashimaya—into an old-meets-new Palazzo.

The Post-Modern building features a newly renovated eight-story façade. Inside are three-levels. The first is an accessories atrium—think a 27-feet high and 27-feet wide display wall that echoes an art installation. The second floor is a traditional women’s store concept with different rooms opening on to each other. The final floor caters to men and is the second Valentino store in the US to carry the complete collection.

Opting for a world-renowned architect instead of an interior designer, Ms. Grazia Chiuri and Mr. Piccioli enlisted David Chipperfield to design the space. His portfolio includes the Neues Museum Berlin and the Cafe Royal, London. Mr. Chipperfield has been working with Valentino since 2012 when he implemented the store’s new design concept in Milan. Drawing on his previous work, the space evokes a gallery. To achieve it, Mr. Chipperfield steers clear from traditional store-wall paneling and leaves the architecture of corners and construction to tell the story. . He tells the New York Observer,  “The image of these stores derives not from the appearance of interior-design, but rather from the substance of architecture in a quest for an absolute and all-embracing quality.”

Style and beauty expert, Mary Alice Stephenson says, “It’s great to see the flagship store is as luxurious, sophisticated and modern as the brand. It measures up with the magnificence of the iconic label.” An interior rendering, courtesy of Valentino. 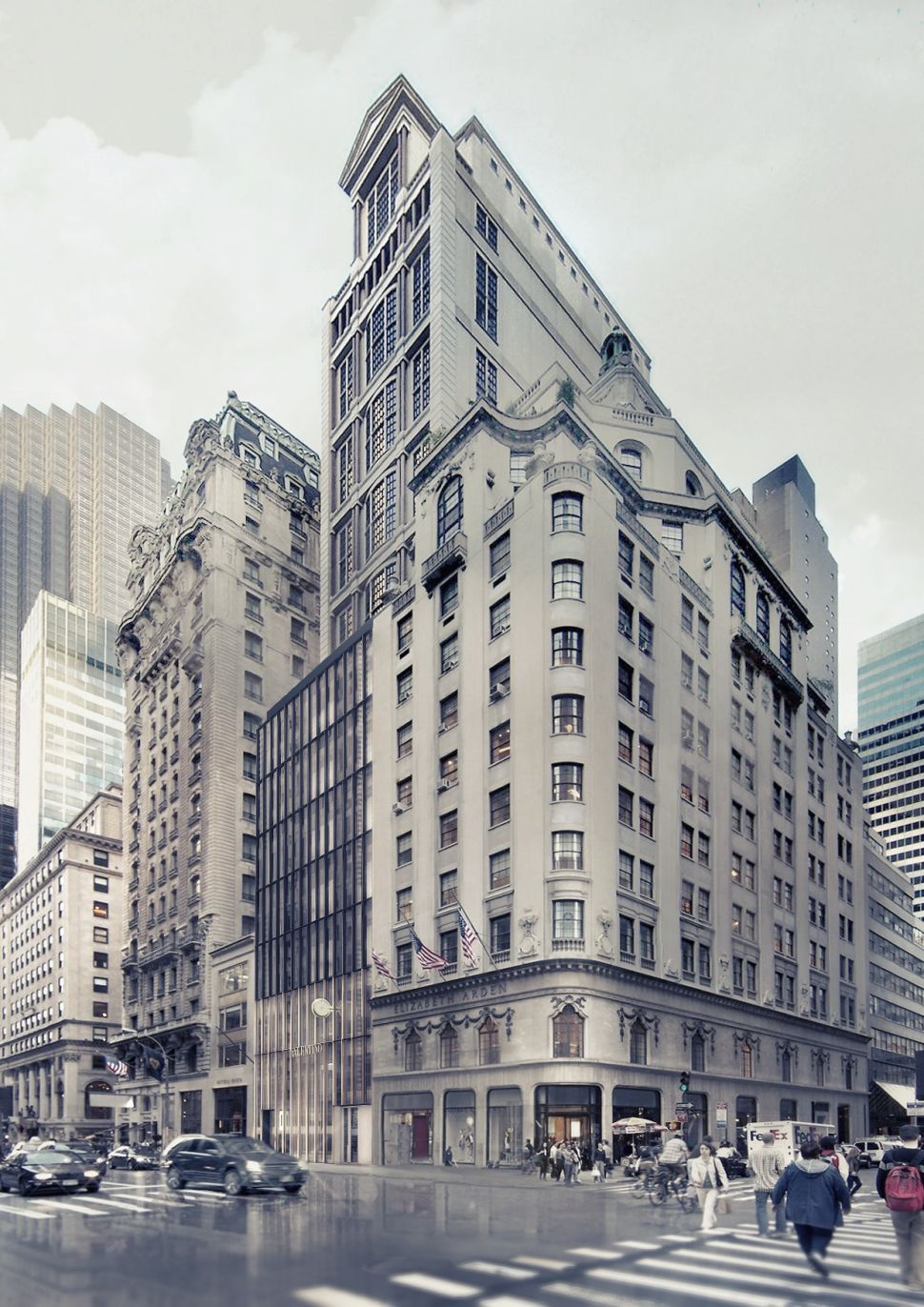