Anyone who’s felt terrorized by social media’s effect on society eventually ends up asking the question, “What would our lives be like without Facebook?” On Friday, we finally got a taste of that sweet reality when Facebook went down for 19 minutes around noon.

Chartbeat, a company that provides news organizations with live metrics for obsessive reporters to gaze at obsessively all day, decided that this was an ideal opportunity to figure out what Facebook’s effect is on news traffic. The result? Even as 70 percent of Facebook referrals vanished, overall traffic to news sites only took a three percent hit.

Facebook’s effect on how customers get their news news is a veritable obsession for media critics and journalism executives, but given these numbers, claims that Facebook is causing the “death of homepages,” seem pretty farfetched.

One major focus for the Chartbeat post was page views that were coming from “dark social,” which are clicks that come through places like emails and instant messaging. When Facebook was down, suddenly dark social lost 16 percent of its traffic.

Mobile referrals took an 8.5 percent hit, but it turns out when people hop off of mobile, they head back to desktop. Sites with “loyal homepage follows” — we’re thinking they mean big brands like the New York Times and the Wall Street Journal — saw a nine percent bump as users who were suddenly struck by FOMO went to those homepages for their information.

This should raise some eyebrows for those in the media who fear that Facebook has become the new homepage and is eroding the strength of traditional news institutions to maintain a brand.

Hopefully Chartbeat is looking out for us next time Gmail goes down, and we can get another good look at the makeup of dark social. In the meantime, we’ll be a lot less worried about Facebook’s effect on traffic. 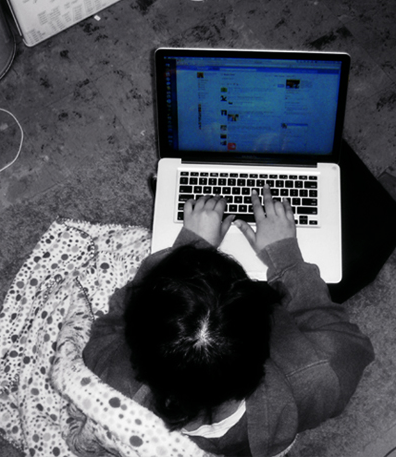