For a socialite and hostess of considerable repute, Denise Wohl was rather inhospitable last week when the Observer attempted to pay a visit to her co-op at 860 Park Avenue, which she recently put on the market for $18 million with broker Avi Voda of Voda Bauer, denying outright our attempts to come calling. The apartment certainly screams to be looked at, though judging from the photos, we may have been spared eyestrain in avoiding a visit.

A four-bedroom floor-through done in ornate Renaissance style, the apartment boasts a pair of wood-burning fireplaces and gilded fixtures by Sherle Wagner, enviable views from every exposure and a somewhat-scandalously mirrored Jacuzzi in the master bath. The living room hearth stands nestled in a Louis the XVI mantel, chandeliers and wall sconces abound, and a trompe l’oeil landing mimics a balconied vantage on formal gardens.

Ms. Wohl acquired the apartment earlier this year for just $4.75 million from real estate mogul Larry Wohl, to whom she was once—and may remain—married. (The current state of the relationship is not entirely clear.)

What is clear is that Ms. Wohl believes buyers will be willing to pay a premium for a kind of storybook embodiment of what it was like to be very wealthy long ago. Are you being served?

If, for example, a forthcoming season of Downton Abbey features a sojourn to the Big Apple, Ms. Wohl’s place would furnish an eminently suitable backdrop, provided of course that the cast steers clear of the chef’s kitchen. Surely, Mrs. Patmore, the cook, wouldn’t know what to make of all those appliances, though the butler’s pantry and service elevator might prove familiar enough.

But however traditional the eventual buyers’ tastes, the new owners will almost certainly want to strip back a few of the wall coverings and other rococo flourishes.

Though with no shortage of period dramas streaming to a laptop near you, we’re sure a bevy of set designers will be only too happy to take any excess paneling, perhaps even a bit of molding, off their hands. 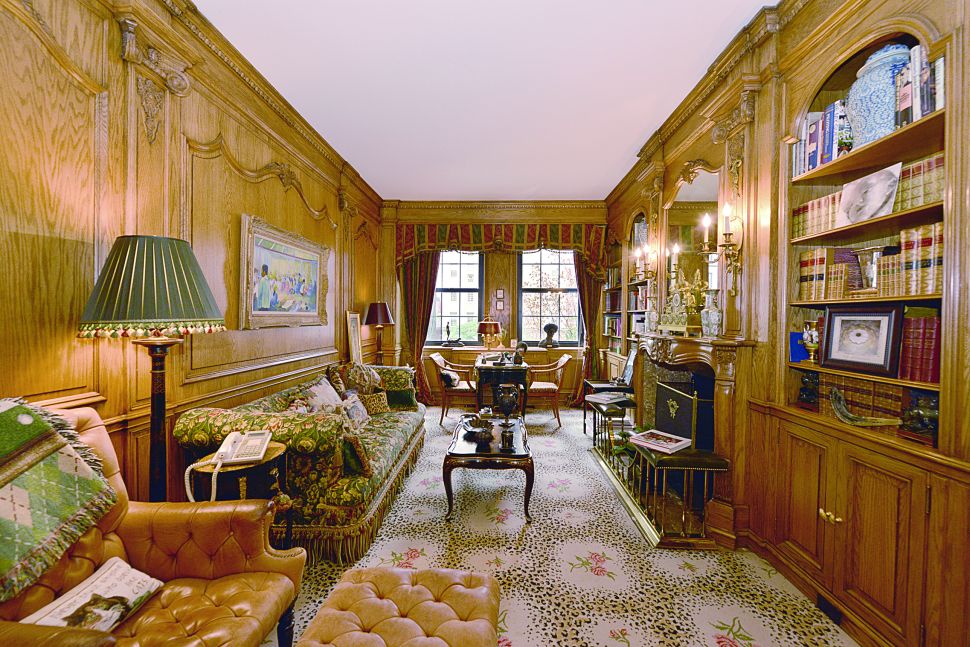