The White House is trying to join the 21st century by adding a “digital strike team to improve government technology,” the Hill reports. And in an effort to make the code monkeys feel more at home, the powers that be are not requiring them to dress up for work.

U.S. Digital Service head Mikey Dickerson isn’t necessarily rolling up to the office in a hoodie and Adidas slides, but he does keep it casual “in untucked shirts and rumple khakis,” the Hill says. Mr. Dickerson used to work for Google and was brought in to fix HealthCare.Gov last year.

Now that his team has expanded, he’s not planning on forcing his underlings to dress up, either. From the Hill:

One visible symbol of whether or not the Obama administration is committed to changing the way it works, he said, is whether staffers will have to wear suits.

“That’s just the quickest shorthand way of asking: ‘Is this the same old business as usual or are they actually going to listen?’” Dickerson said. “It was important to a lot of the people that I recruited to work on HealthCare.gov.”

Jeff Zients, who helped lead the HealthCare.gov turnaround and is now director of the National Economic Council, said the new dress code worked fine for him.

“My vote: no suits,” he said with a chuckle.

We’re sure the other White House workers who do have to wear suits won’t find this annoying at all. 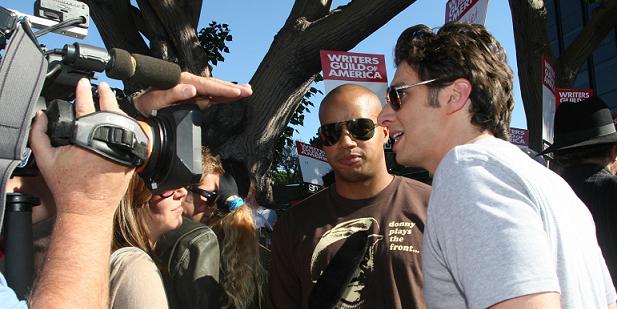