When Oonagh Scallan’s laptop was stolen from her car in an Oregon parking lot, she never thought she’d be spying on its possible thieves, let alone help police arrest a potentially dangerous wanted criminal.

But Ms. Scallan, a medical student in London, Ontario, had equipped her laptop with Prey, an anti-theft software that lets users track their devices in the event that they’re taken. As soon as her computer’s captors used the laptop to access the Internet, Prey sent Ms. Scallan screenshots of what they were doing on her computer, along with webcam photos of their faces. Ms. Scallan would later pass this information along to police.

The laptop drama began at the beginning of the summer, when Ms. Scallan and her boyfriend were on holiday in Portland, Ore.

“We decided to stay an extra day because we loved it so much,” she told Betabeat, somewhat regretfully.

The pair parked their car in the hotel parking lot and went out to explore the city. They returned to discover their car window had been smashed, and various items had been stolen from inside, including two raincoats, two cookbooks (seriously?), a backpack containing her boyfriend’s Canadian passport, and Ms. Scallan’s 2012 Macbook Air.

Ms. Scallan called the Portland police and filed a report. She also used her iPhone to activate her Prey account. Deep down, Ms. Scallan sensed that she’d never hear from her trusty laptop again. Ms. Scallan and her boyfriend travelled home (his driver’s license got him over the border in lieu of a passport), and she went out and bought herself a new computer.

Four weeks later, like a zombie rising from the dead, a notification showed up on Ms. Scallan’s new computer, informing her that someone was using her stolen laptop. It had taken so long for Prey to start sending her updates because the software had had to wait for the computer’s captors to access the Internet. Prey, the anti-theft software Ms. Scallan had installed on her computer. (Screengrab: iTunes)

“Oh my god, my heart was racing,” Ms. Scallan said. “I had just kind of written it off. [I figured] it was gone forever — whoever picked it up must have taken it apart for pieces.”

Every two minutes, Ms. Scallan said, Prey would send her a screenshot of everything happening on her laptop, along with a webcam shot of the user’s face.

“I felt like such a creep the whole time, but I became really obsessed with my updates,” she confessed.

Ms. Scallan watched her stolen laptop get passed between three users, all of them male, and all of them, as far as she could tell, up to no good. After the first two men used it for a little while, they passed it off to a third guy, who “was so weird,” in Ms. Scallan’s words. “He was always up to these sketchy things.”

He “would be talking to people on Facebook or Gmail, talking about how his car got stolen, but he couldn’t go out and look for it because he had to keep a low profile,” she said.

Ms. Scallan also sensed the man was involved with drug dealing. “This guy was messaging people, saying he had a lot of ‘zones,'” she said. “People messaged him angry that he wouldn’t sell for them anymore.” She also noticed he was operating under a fake name, “Dick Fitzwell.”

The presumed player would also get “all these messages from people being like, ‘Why you acting so cold?'” Ms. Scallan recalled. “That was also super entertaining.” A screenshot from the stolen laptop. (Photo via Oonagh Scallan)

Armed with a plethora of information about the people using her stolen laptop, Ms. Scallan contacted the Portland police again, and was put in contact with an officer. “The officer was like, ‘Oh my god, how do you have this information? This is creepy, but amazing,'” she recalled. Turns out, one of the first two men to use the laptop had been arrested in the past for meth possession and parole violation, and had an outstanding arrest warrant.

Ultimately, the police were unable to track down the stolen computer. They were, however, able to locate the criminal and arrest him, according to Ms. Scallan. There wasn’t enough evidence to charge him with the laptop theft, but police still arrested him for other reasons. Ms. Scallan elected not to share his name with us, for safety concerns. Another screenshot from the stolen laptop. (Photo via Oonagh Scallan)

Ms. Scallan never recovered the stolen laptop, but she admits things could have been so much worse. The men never, for example, tried to get into her online banking accounts. They also never looked through personal photos of her and her family. In fact, one of them deleted her user account from her computer altogether.

“He just really wanted a laptop,” she said.

Ms. Scallan stopped receiving screenshots around two weeks ago. “I’m pretty sure he must have sold, or tried to sell it, in the end,” she said. “The last few screenshots I have, he’s looking up the value of a 2012 Macbook Air.”

“Maybe the story isn’t over.” 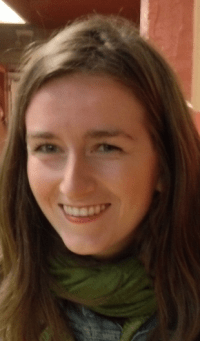