An intrepid Russian tourist was arrested after a madcap adventure on the Brooklyn Bridge Sunday night. Yarslav Kolchin, 24, donned a Los Angeles T-shirt and dark purple backpack as he scaled the beams of the famous bridge around 12:30 pm.

This is frightening for a number of reasons, not the least of which is that no body noticed Mr. Kolchin despite the city’s efforts to increase security following the recent white flag debacle on the Brooklyn Bridge AND last week’s display of the Palestinian flag on the Manhattan Bridge.

The suspect inconspicuously made his ascent past security, the City of Transportation workers and presumably a lot of pedestrians. He continued climbing, unnoticed, until he reached the top of the tower where he apparently had a “But first, let me take a selfie” moment. He then managed to take a few pictures on his iPhone before a policer officer spotted him and called Emergency Services.

According to a statement from the NYPD  “He did not cause any damage or attempt to remove anything at the location.” Kolchin was promptly assisted off the beams by police, arrested and charged with reckless endangerment, criminal trespassing and disorderly conduct. 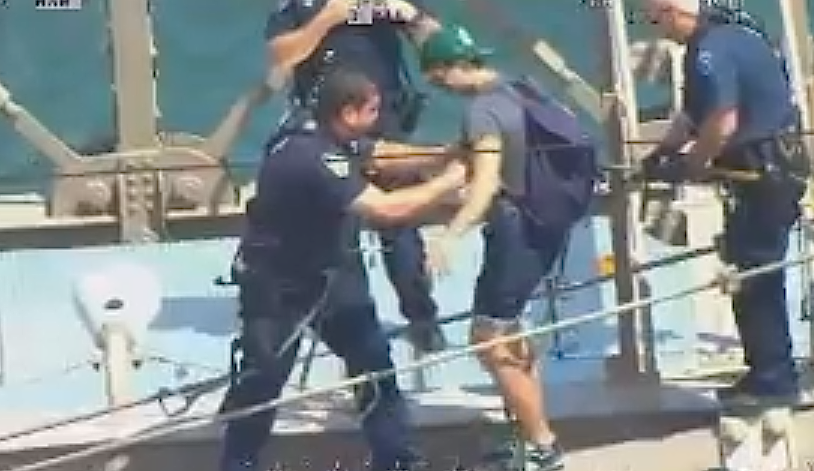