According to Donna Olshan’s luxury market report, last week saw a tie for the second-priciest contract of the week. And the two units involved could not be more different, though both, in their own ways, required substantial imagination of their buyers. The first, a four-bedroom condo at 56 Leonard—asking, like its competitor, $15 million—has yet even to materialize, finding a buyer based on floor plans alone. The other unit, a combo co-op at the 1927 Sherry Netherland hotel building, at 781 Fifth Avenue, is described by the Sotheby’s International Realty listing held by Serena Boardman as a “clean white space,” a quiet euphemism for the leavings of extensive demolition. (Ms. Boardman shares the listing with Brown Harris Stevens’ John Burger, who offers his own distinct take on the apartment.)

The co-op was purchased, via separate deeds, in 2008 for a total of $16 million by ORVGB LLC, according to city records, a company giving as its address a palatial duplex at 515 Park Avenue, which was at the time owned by the late, troubled titan of finance Christopher Browne, and which sold in May for $25 million. The Sherry Netherland property has been on the market on and off since 2011, dropping in price from a debut high of $22.5 million. The sellers may be understandably disappointed in the discounted price, but as Mr. Burger’s bring-your-architect-variety listing makes no effort to conceal, the unit demands significant investment. (Mr. Browne’s estate fared better in the country, collecting $145 million for his East Hampton holdings.)

Though the Fifth Avenue spread currently evinces a near-ghostly aspect—cavernous and whitewashed with only columns to break up the light-filled space—it comes with floor plans suggesting a 57-foot living room overlooking the Park, plus a formal dining room and, in a nod to modern times, a media room. There’s capacity aplenty for four or five bedrooms and a library situated to take in southern city vistas. Ceilings and columns, Mr. Burger’s listing claims, were “hand chiseled to protect the building’s authenticity.”

The Sherry Netherland was designed by the same folks who brought us the Waldorf and the Pierre; with a pedigree like that, breaking out the old chisel seems a small price to pay to keep a little of the old in tact, when so much of it has been blasted away. 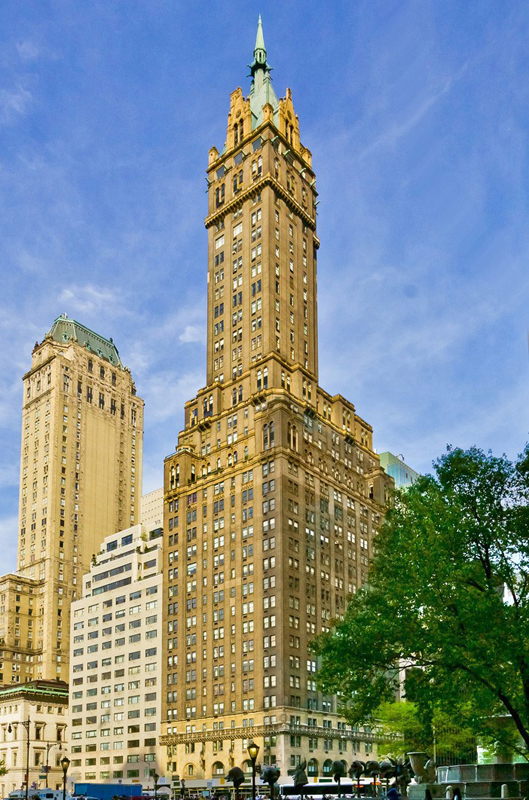