Left-leaning healthcare workers union 1199 SEIU has endorsed Brooklyn GOP State Senator Martin Golden for re-election–in spite of a vow earlier this year to work exclusively toward helping the Democrats win control of the upper house of the state legislature.

Mr. Golden said he was gratified to receive the support of 1199, the city’s largest union, in his re-election bid against long-shot Democratic challenger James Kemmerer. The labor organization has endorsed the senator every year he has faced an opponent for his seat, which covers heavily unionized swaths of southern Brooklyn.

“1199 SEIU which represents 200,000 men and women have worked tirelessly to improve patient care while ensuring the lives of those suffering from illness are a top priority. I am honored to have their endorsement,” Mr. Golden told the Observer, adding that, despite his conservative reputation, he and the union have many objectives in common. “Since being elected to the State Senate, I have worked consistently to pass legislation which would aid their membership and their cause of providing a higher level of health care. I will continue to work to make our shared goals a priority so that all New Yorkers have the best health care available.”

The endorsement comes after 1199’s political director, Kevin Finnegan, announced his group was committed to swinging the State Senate into the Democratic column, in order to pass its liberal statewide initiatives–including college tuition assistance to undocumented immigrants, a locally set minimum wage and taxpayer-funded elections.

“We won’t be giving any money to the Republicans,” Mr. Finnegan told Capital in June. “We are definitely on board with a Democratic-coordinated effort to take back the Senate.”

In his 12 years in the State Senate, Mr. Golden has earned a reputation as a generally pro-labor Republican, with close ties to police and firefighter unions as well as to liberal powerhouses like 1199 SEIU and the Hotel Trades Council. He has, however, voted against both public financing of political campaigns and the Dream Act, which would make foreign nationals entering college eligible for state aid.

Mr. Kemmerer–who lags substantially behind Mr. Golden in fund-raising, name recognition and endorsements–dismissed the announcement of the union’s decision as politics-as-usual.

“James understands the way Albany works, which is one of the main reasons he’s running,” said campaign spokesman Jeff Griffin. “Whether it’s fighting for better wages, women’s rights or campaign finance reform, it’s obvious that he is better than Republican Marty Golden on all the issues 1199 says are important to their members. He’s going to continue making that case to voters from Bay Ridge to Marine Park.”

1199 declined to comment for this story. The union is a key component of the labor alliance behind the left-leaning Working Families Party, which made a commitment to a Democrat-controlled State Senate an integral part of its endorsement of Gov. Andrew Cuomo–an endorsement 1199 helped secure, along with ally Mayor Bill de Blasio.

In 2012, 1199 ran a ground canvass for Mr. Golden. Sources told the Observer it was unclear what kind of campaigning the union would do for him this year. 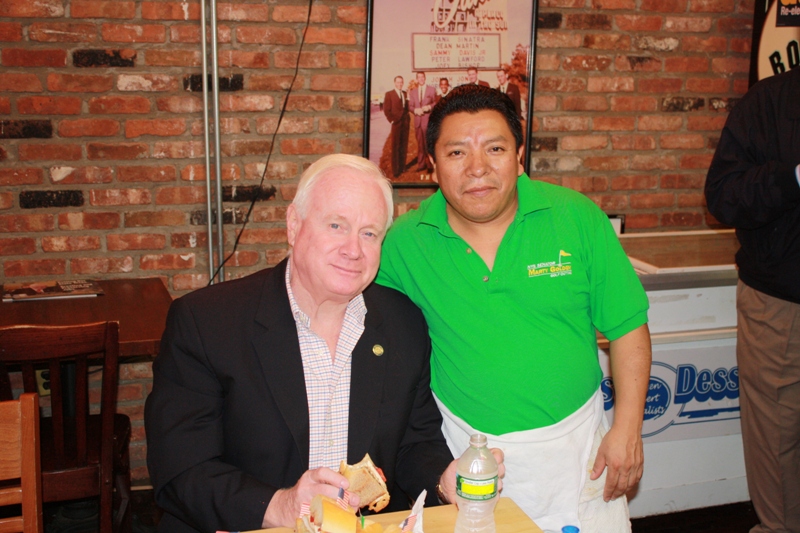