Tucked inside an alleyway, down one set of steps and up another, a salon exudes the easy sex appeal that could only manifest in a Prohibition speakeasy. Madonna with the Long Neck sits on a nail. Lipstick red covers the wall and floor. A sparkling chandelier lights up the night.

The Madame and her drunken bouncer introduce the evening’s entertainment, who reluctantly slip onto the stage. It’s a 20th-century Vaudeville. As burlesque performers swing their hips and lift their legs to uproarious applause, whores and their patrons sneak behind a bookcase for time in the shadows.

It’s not shocking that this scene is real. Perhaps what’s more surprising is that it’s legal. The Poetry Brothel is the brainchild of Stephanie Berger, who was struck with the idea while writing her thesis on New Orleans sex workers at the New School.

“Poetry and prostitution are two of the oldest professions in the world and, in my opinion, were always destined to be bedfellows,” she told the Observer. “Both poetry and sex feed the human need for intimacy, fantasy, desire, violence, and freedom.”

Once Ms. Berger chose to pursue her concept, Nicholas Adamski jumped onboard. He too believed that poetry deserved a niche outside of subpar classrooms and tedious readings. Six years later, the Poetry Brothel has become a phenomenon around the world. Its New York home is the Back Room, a locale with the mystery and charm to match a wild poetry party.

At 8 p.m., dressed up first-timers bustle through a hidden door to meet the Madame of the house, Ms. Berger. An hour later, the show begins as poetry whores—a.k.a. about 15 hired writers—give their listeners a taste of their verse. They keep it short; no need to encumber the audience. Everyone’s there for a good time, not long recitations.

With copper hair and sparkling eyes, Ms. Berger is not the image of a disgruntled Madame. But when she calls her hired poets “whores,” she means it.

In fact, the term “whore” implies a sort of monetary exchange, something that the “poet” has been missing in recent years. If poets have to be whores to get paid, then so be it.

“Why not use the word ‘whore?’ Basically I decided we’d reclaim it, redefine it, and make it ours. That’s what poets do,” she said.

Then, a featured reader takes the mic. In the recent past, it was Paul Muldoon. At La Rive Gauche on Sunday, Sept. 28, Charles Bernstein will dive into poetry’s underworld. But not all is plain literature. Soon, dancers shimmy and shake. A live band begins to strum. Body painters and artists splash color around the space.

Every 20 minutes, there is a welcome interruption to the gaiety—a poetry whore gives the public a few lines. For free.

Beyond the bookcase lurks another universe. Attendees exchange poker chips for one-on-one readings with phantoms of the night. They may get one poem. They may get three. It all depends on what feels right. The whores in turn construct a persona that fits the mood. But as they escape into a private room with a client, they can strip away their artifice and recite without an air of fraudulence.

“Everything about it is sensational and awkward, bewitching and scary, beautiful and trashy, intimate and alienating,” Ms. Berger said.

When the clock strikes midnight, the magic is over for most. But some linger, sprawling on sofas. The poetry whores treat them to a few words after hours until everyone, in a stupor of allegory and alliteration, vanishes into the darkness.

Thanks to Ms. Berger and Mr. Adamski, there are now poetry brothels in Belgium and Bogota, Zurich and Madrid. Their baby has become an international institution, energizing and mobilizing the written word.

“Over the [past] few decades, poetry has gotten a bad reputation,” Ms. Berger said. “People imagine crotchety old men, suicidal women, and pseudo-starving college nerds. The Poetry Brothel is rebranding the art form and making it fun, fantastical, and empowering.”

However, some Upper Eastside snobs aren’t fond of the brothel. When Ms. Berger and Mr. Adamski decided to push more boundaries, they had to come up with a guise: The Poetry Society of New York.

Now that Manhattan’s elite is satisfied, Ms. Berger and Mr. Adamski can finally tackle projects that change New York’s mass mindset towards poetry. In the summers, their New York City Poetry Festival on Governor’s Island gives kids, schools, and recognized poets five venues to perform their oeuvre. Meanwhile, the Typewriter Project is an interactive installation that’s still in development. It entails a “100-foot long scroll of paper, a seat, a desk, an enclosure,” and “a USB kit that allows for all of the text to be uploaded, displayed, and stored on a website.”

“Any passerby can type a line or two. Our goal is to investigate and preserve the subconscious of the city at particular places and times,” Ms. Berger said.

And so, rather than meeting its demise like many a whorehouse in the past, the Poetry Brothel has become a think tank for art, growth, discovery, and wonder. It gives the mind a refuge, a place to reflect and create. But most of all, it throws one hell of a bash. 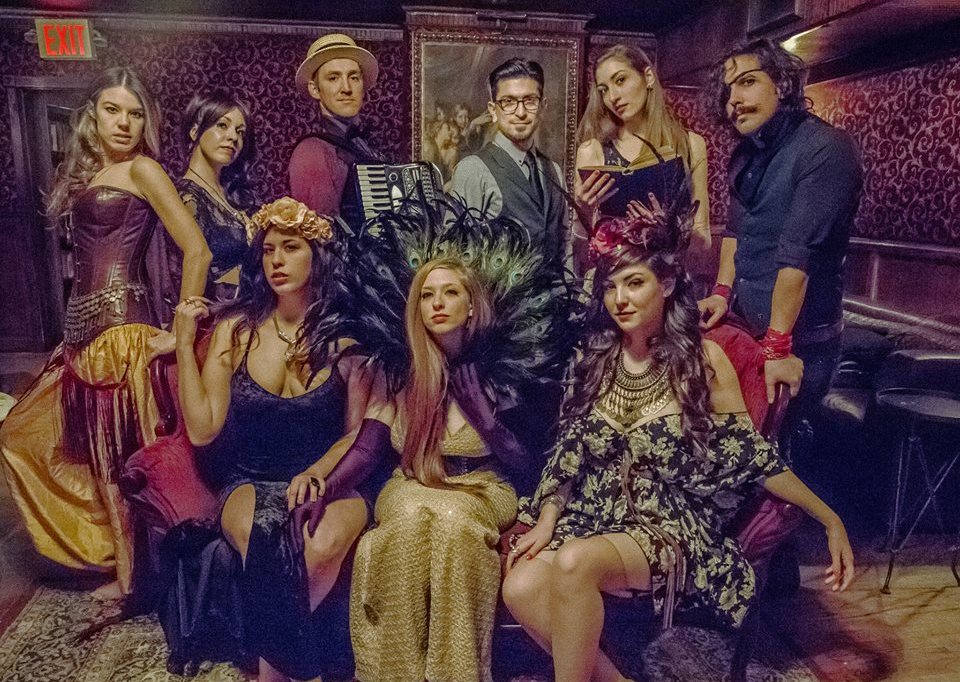