Theoretically, we New Yorkers should be conversing among ourselves about the important choices that face us in the upcoming elections for statewide office, the State Legislature and Congress.

In fact, there’s not a whole lot to discuss. Most incumbent lawmakers are nearly certain of victory, thanks to the power of patronage and gerrymandering. In what should be the marquee matchup of the fall, Gov. Andrew Cuomo holds a commanding lead over his little-known challenger, Westchester County Executive Rob Astorino. According to the most recent Siena College poll, both Mr. Cuomo and the comptroller Thomas DiNapoli are ahead of their opponents by an identical 56 percent to 27 percent margin.

So are we in for an uneventful fall, another election season filled with hot air and promises, signifying nothing? Luckily, there is some evidence that the state will see one competitive race, and it will come in the campaign for attorney general.

The Republican challenger, John Cahill, has been making progress in his campaign against incumbent Eric Schneiderman. The latest Siena poll indicates that Mr. Cahill has picked up 11 points over the last few weeks. He still has some ground to make up—according to the poll, Mr. Cahill trails Mr. Schneiderman 50 percent to 34 percent. But his 16 point lead—down from 27 in August—is meaningfully less impressive than Mr. Cuomo’s 29 point lead or Mr. DiNapoli’s 29 point lead. And he hasn’t been mentioned in even the most generous speculation over replacing Eric Holder, a reflection perhaps of the strained relationship between the president and an AG who has reportedly criticized him.

Readers of this page know that we have had our differences with Mr. Schneiderman. But we greet news of Mr. Cahill’s surge not as partisans— we have not yet made an endorsement in the race—but as citizens who believe in competitive elections.

Mr. Cahill has proven to be an energetic campaigner who has made an articulate case against the incumbent. In particular, Mr. Cahill has singled out Mr. Schneiderman’s anti-business agenda and his politicization of the state’s top law-enforcement agency. The Observer reports that Mr. Cahill “blasted [Schneiderman] as an anti-business, soft-on-crime ‘no-show.’”

That message, it would seem, has reached a receptive audience.

Regardless of one’s own preferences, we’d like to see Mr. Cahill’s success duplicated in other races, especially those for State Legislature. Far too many incumbents have it far too easy, and that applies equally to Democrats and Republicans.

Mr. Schneiderman, on the other hand, clearly will have to work to earn re-election. Mr. Cahill offers voters what they deserve: a credible choice on Election Day. 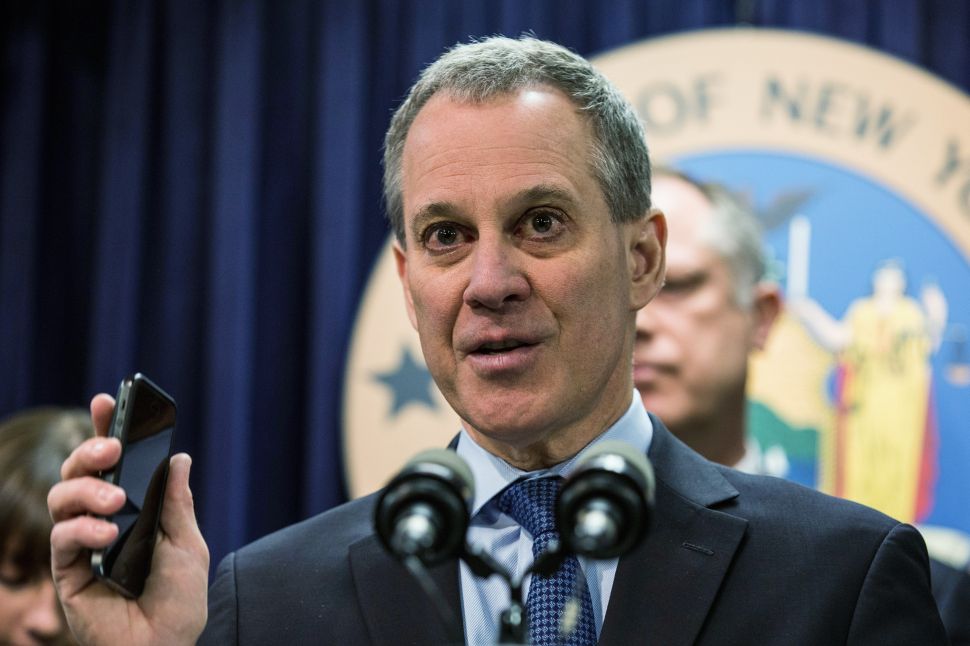