Update: After this story, Airbnb finally added a Don’t Secretly Film Guests section to their hosting policies. It’s the first time Airbnb has had a privacy policy for hosts.

It’s the stuff of urban legend: a couple has a wild night in a seedy motel, only to have it recorded by a secret camera. Last night, it was reported that a hotel owner in New Zealand is facing dozens of charges of allegedly filming a series of sexual indiscretions he committed against his guests — and this isn’t the first time a hotel been exposed for its seedy movie-making.

But what if the pervy snoop in question wasn’t a hotelier, but an Airbnb host? After all, why would these voyeurs snap pictures over bathroom stall partitions and under dressing room doors when they can do it from the safety of their own home, and get paid.

In a hotel room you have a guaranteed reasonable expectation of privacy, but your Airbnb lodging is in someone else’s home. Is it illegal to film someone who is staying in your house overnight, just because they’re paying to be there.

Federal wiretapping laws are clear: recording two people speaking to each other without their express consent is forbidden everywhere in the US. But if it’s just video? In every state in the nation, you can film whoever you want in your home without them knowing — that’s how suspicious parents get away with nanny-cams.

Airbnb spokesperson Jakob Kerr had this to say about a potential privacy crisis involving a host:

We have a zero tolerance policy and if we were made aware of something like this happening in a listing, we would immediately remove the host from Airbnb. All hosts must certify they will follow their local rules and regulations before listing their space. Additionally, we expect all hosts to provide and safe and comfortable environment, and we have a hosting responsibilities page with more information and reminders.

Feel free to click through to that page, you won’t find a rule against secretly filming guests. In fact you won’t find the word “privacy” once in the Responsible Hosting rules.

So what if the videos are not pornographic? That could fall under the “nanny cam” category of totally-ok.

Now, if a host was caught with a personal collection of videos of people who had sex on camera without knowing, they’d likely be violating laws that protect intimate visual recordings, which differ case by case. The law is so murky because the cases are handled at the state level, and each state has been handling it as it comes up in their own unique way.

People staying in a hotel expect that the space they pay for is private, but homeowners have the right to keep cameras. We may not have an answer for Airbnb’s privacy dilemma until a case makes it to court.

In many states, if a homeowner takes payment from guests, their home ceases to be considered a private residence under the eyes of the law. This is what protects tenants from having their actions recorded by landlords. But for that to apply to Airbnb hosts, they would have to admit that hosts are running commercial enterprises — or at very least, short-term leases — which would ruin their multi-million dollar campaign to insist that’s not the case.

Airbnb washes its hands of such murky legal situations by reminding hosts that it’s their responsibility to learn local leasing laws before using the service. But how are hosts supposed to navigate grey areas like these when our own research turned up a mess of responsive new laws? Nevermind clearly stated rules, Airbnb doesn’t even warn hosts of the legal hazards of keeping home surveillance setups in rented rooms.

Major hotel chains may be a clunky industry ripe for disruption, but they’re also subject to tight regulations and regular inspections. Airbnb bills itself as a community of lovely, sharing individuals, but it’s process for screening hosts doesn’t include regular visits — or any visits — to check for privacy infringements. All they can hope to do is wait, and react. 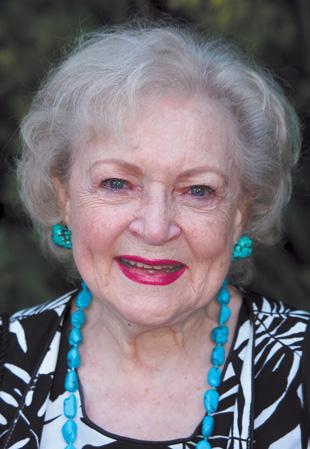